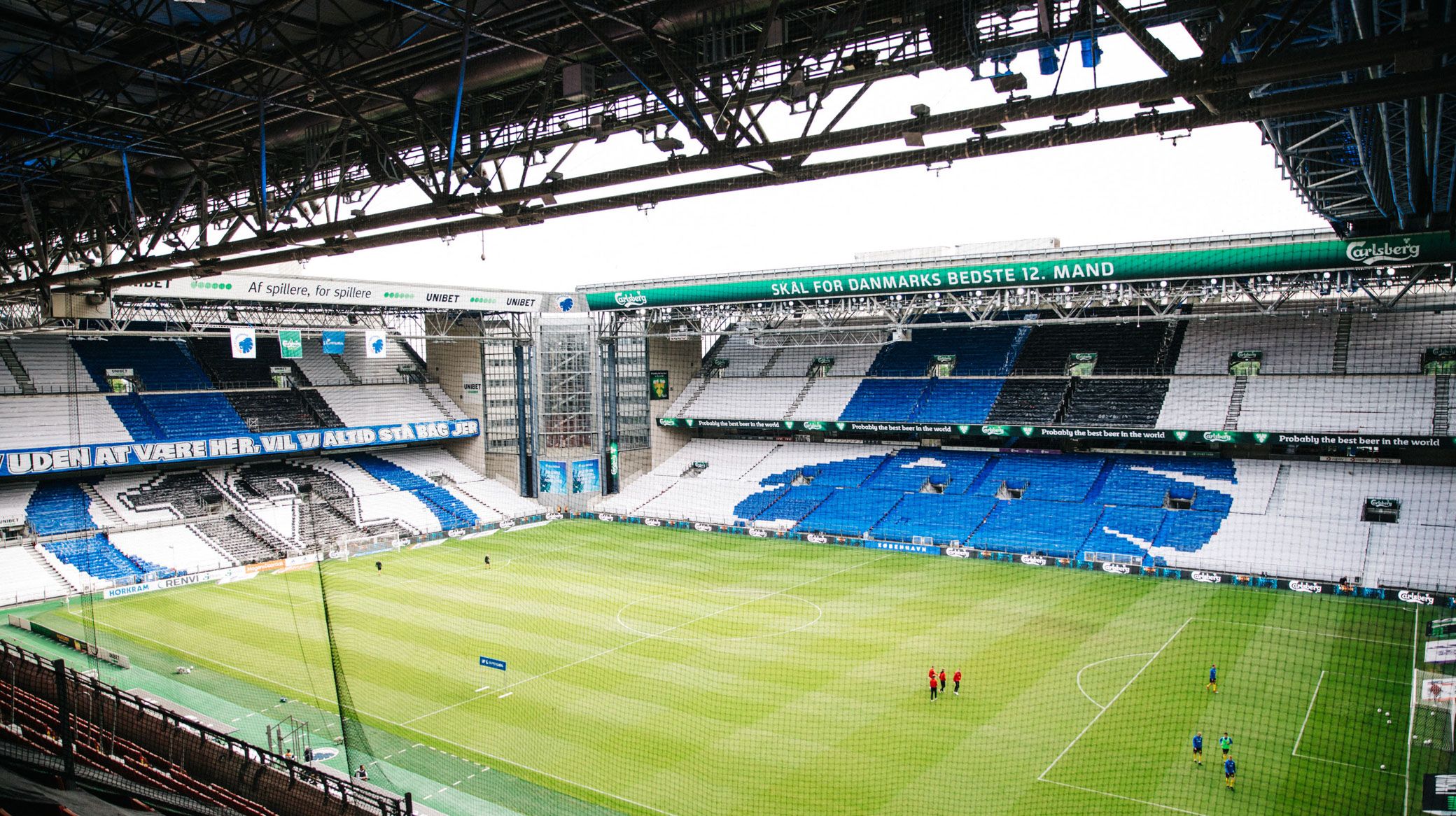 F.C. Copenhagen can reveal the four fan projects that will be created using funds donated by supporters during the coronavirus crisis.

Last year the club gave season ticket holders and subscribers the opportunity to receive a refund on matches they were unable to attend because of Covid-19 restrictions, or donate to the club.

Donations are to be pooled into four fan projects to help improve the spectator experience when the gates at Parken Stadium open once again.

The deadline for making this decision is Monday, 11 January at noon.

Make your choice
The club wants to emphasise how important it is for season ticket holders and subscribers to choose whether to make a donation or be reimbursed. This is necessary for the club to avoid a number of administrative challenges later down the line.

The Fan Village idea was thought of in early 2020, when we extended our agreement with Carlsberg and set aside a separate amount of funds for a new fan environment. Due to the coronavirus, the work was delayed, but in return, the plans have since been expanded – thanks to the amounts already donated to this project.

It is important to emphasise that the FCK Fan Village is for all fan groups in all stands, and that the size of the Fan Village itself will be adjusted to cater for the expected number of supporters for each match.

The purpose of the Fan Village is to improve the overall experience of going to an F.C. Copenhagen match in Parken Stadium. The plan is for the Fan Village to open two to four hours before kick off with an extensive, quality range of food and drink, entertainment and the opportunity to watch other matches on big screens. The Fan Village will also be open after the match as a gathering point for fans when victories are to be celebrated - or defeats discussed.

Sound and light in the C grandstand

The most important thing is to improve the sound infrastructure in the Lower C stand, which has for a long time been criticised because the current speakers are too few and incorrectly placed. If you stand too close to them, the sound is too loud. If you stand too far away, you cannot hear anything.

In consultation with sound experts, we have therefore laid out a plan that involves taking down all the speakers in the Lower C stand, doubling their number and hanging them in the right places, so that the sound is distributed evenly to everyone.

The speakers will be delivered as early as 28 February and will be set up soon.

Lighting has been a second priority in this project, because the new LED lighting system, which was on show for the Celtic match a year ago, is now in place. However, we can still expand the possibilities and thus improve the overall spectator experience by, for example, lighting the end walls of the C stand in blue and white.

Tifo system in B stand

F.C. Copenhagen tifos are famous for their ingenuity but the majority are displayed via a very simple hoisting system with a wire across the B stand. What's more, the tifo is operated by hand. The club is is planning to install a mechanical hoisting system on either side of the stand, which would make it possible to pull the tifos vertically to the roof of Parken.

This means tifos will be able to expand both the upper and lower tiers. The new tifo system must be custom-made and there are also a number of challenges to ensure the mechanism meets safety requirements.

Since the slope of the Lower B stand is quite flat, many of the current tifos - which are lifted by hand over the grandstand - require a different look, which can be significantly improved when the new system provides new opportunities to work with 'vertical tifos'.

Children's zone in the D stand

We have already invested heavily in the experience for children and young people in recent years, and since 2012 the number of fans in the family grandstand has more than tripled. Of course, we must ensure that the grandstand is also available for many other purposes for matches, concerts and events.

Specifically, we are working to upgrade the Family Zone, which is a mobile area that we use in front of the D stand and for guided tours such as the FCK Tour.

In the stand itself, we have areas for entertaining kids, including FIFA stations and face painting. We plan to develop a new active station, which is further based on F.C. Copenhagen and optimised for the enjoyment of all children sitting in the D stand.

In addition, we are looking at upgrading our t-shirt cannon, which is a regular and popular feature in the stands.