Benjamin Verbic has said goodbye to FC Copenhagen after two-and-a-half years in Denmark.

Verbic has been sold to Ukrainian side Dynamo Kiev after two and a half years in Copenhagen, 99 matches and 22 goals.

During the week, Verbic returned to Telia Park to meet his team-mates and coaches and to say goodbye.

FCK TV caught up with our now former No 7 about his time in the club, where he won two championships, two cups, played in the Champions League group stage and was the club’s top scorer in the autumn of 2017. 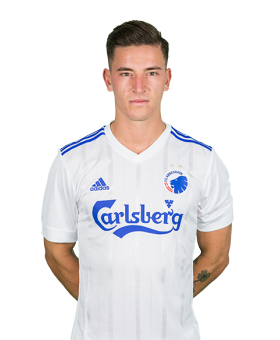