Federico Santander drops in on FCK team in Italy

FC Copenhagen's former striker Federico Santander dropped in to the camp in Italy on Wednesday.

FC Copenhagen are in Italy preparing for Thursday's Europa League clash with Atalanta.

The Lions have reached the playoff stage of the qualifying campaign, meaning an aggregate win over Atalanta will see us through to the group stage proper.

Santander, 27, left FCK for Bologna over the summer and made his Serie A debut last weekend.

Check out the video above as the striker was reunited with his former team-mates and manager Ståle Solbakken. 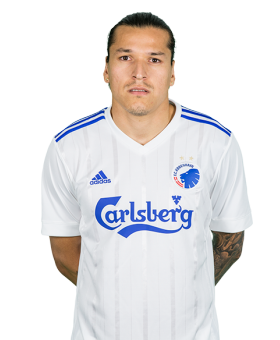