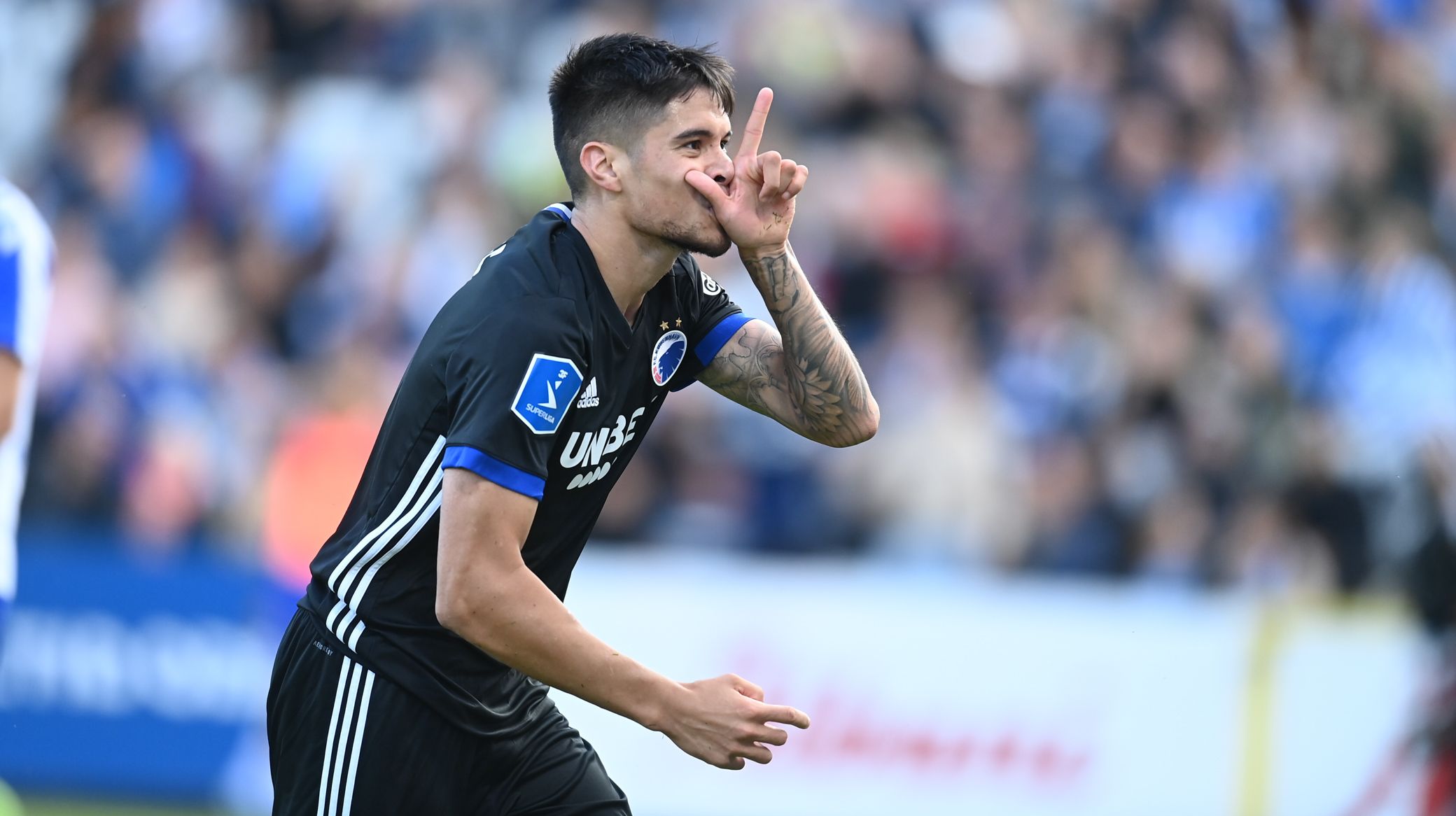 F.C. Copenhagen beat OB 2-0 on Sunday thanks to goals from Jonas Wind and Kevin Diks, which lifted the Lions to third in the 3F Superliga table and extended the unbeaten start of the season to five games.

Goalkeeper Kamil Grabara also kept another clean sheet after a VAR call went his way followed a scramble in the OB penalty area late on.

And FCK.dk caught up with the players after the game in Odense to get their reaction to the victory…

Kevin Diks
"After our first few matches, I think we've found a good rhythm within the team, and we also fought as a team today.

"It was a a really good effort by the whole team, and for my own part I have had an easy time joining the squad with so many good players around me."

Jonas Wind
"It was great to start again and get a lot of minutes in me after I suffered a little setback in pre-season.

"It was a really good victory for us, and of course it was also great to score. What's more, it was great to experience the atmosphere that our fans created. That's the way football should be."

Kamil Grabara
“It was nice to get a clean sheet for the third game in a row. I think we defended well as a team, because of course we can't completely avoid giving opponents chances in matches, but players like Carlos Zeca and David Khocholava blocked several shots.

"As for the disallowed goal, I felt confident that the referee would cancel it when he saw it on VAR, because I had control of the ball until the opponent hit me."