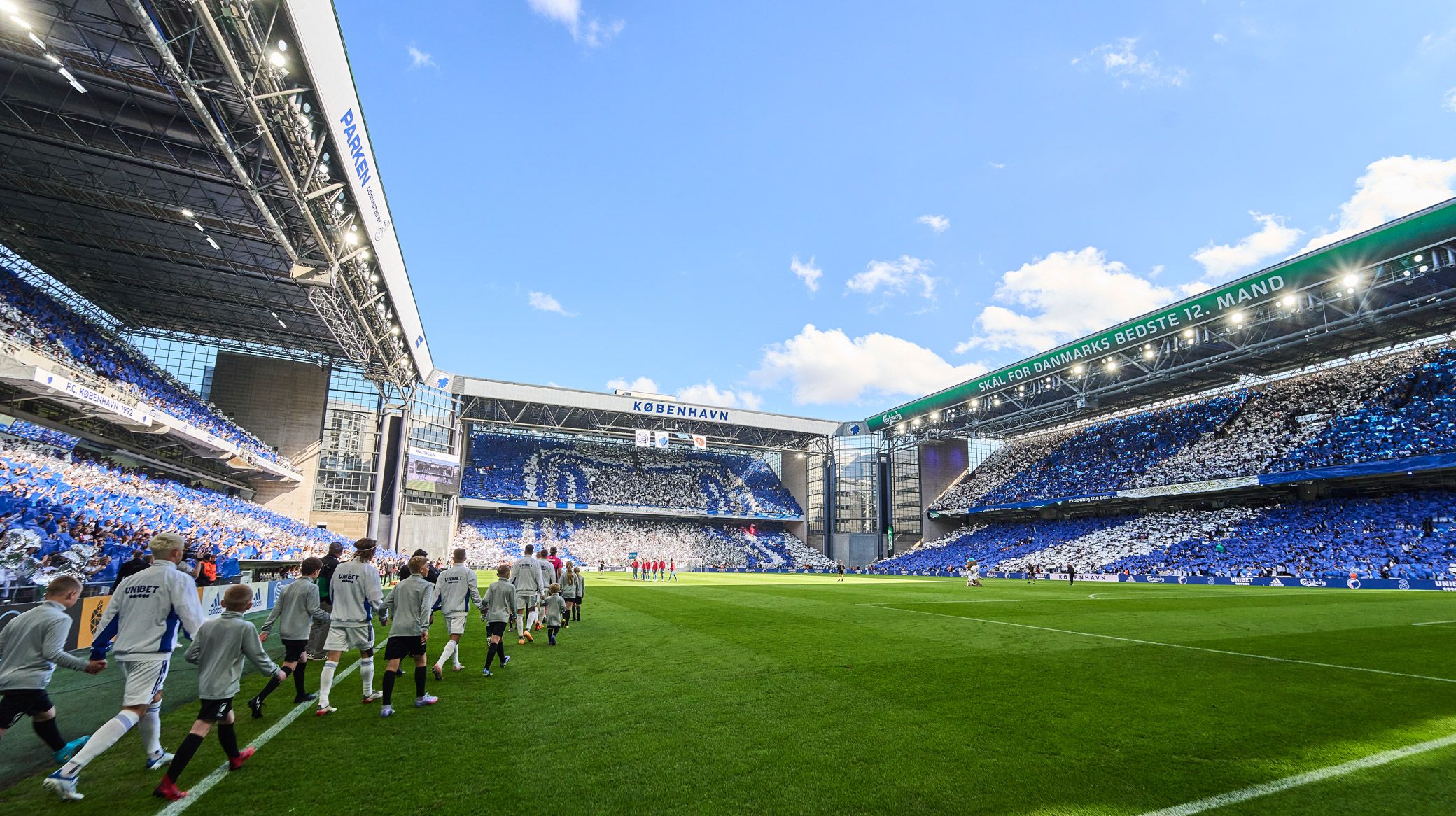 The match, which secured FCK a 14th Danish Superliga title in 30 years, played out in front of an amazing backdrop as supporters displayed a stadium-wide tifo before kick off.

The attendance figure is the highest for a Danish Superliga tie since Parken's D Stand reduced its capacity in 2009.

"It is absolutely amazing and a fantastic culmination to a season where we had ambitious goals for season tickets and spectator numbers," says director Jacob Lauesen.

"We have raised the bar to a level we hardly dare dream of.

"This spring, we realised that we would end up with the highest spectator average at home ever in the history of the Superliga, and the exact number was 24,258. We broke our own record from the 2006/07 season, which had 22,667 fans on average.

"But it's also great to break the individual match record of 35,463. Everyone at the club should be proud of this.

"Since 2009, that number has only been surpassed by six Champions League matches in the autumn of 2010 and 2013, where Barcelona, ​​Panathinaikos, Chelsea, Galatasaray, Juventus and Real Madrid attracted between 36,200 and 37,200 spectators.

"At the same time, we have a record number of season card holders, which we are now in the process of renewing, and together with the large, permanent base of subscribers, it gives us great optimism ahead of next season.

"We know that the title gives us direct access to the Champions League playoffs, and in any case we are guaranteed a place in the Europa League group stage. So in addition to having to go out and defend and win the championship, we can already look forward to many big European evenings in Parken this autumn."