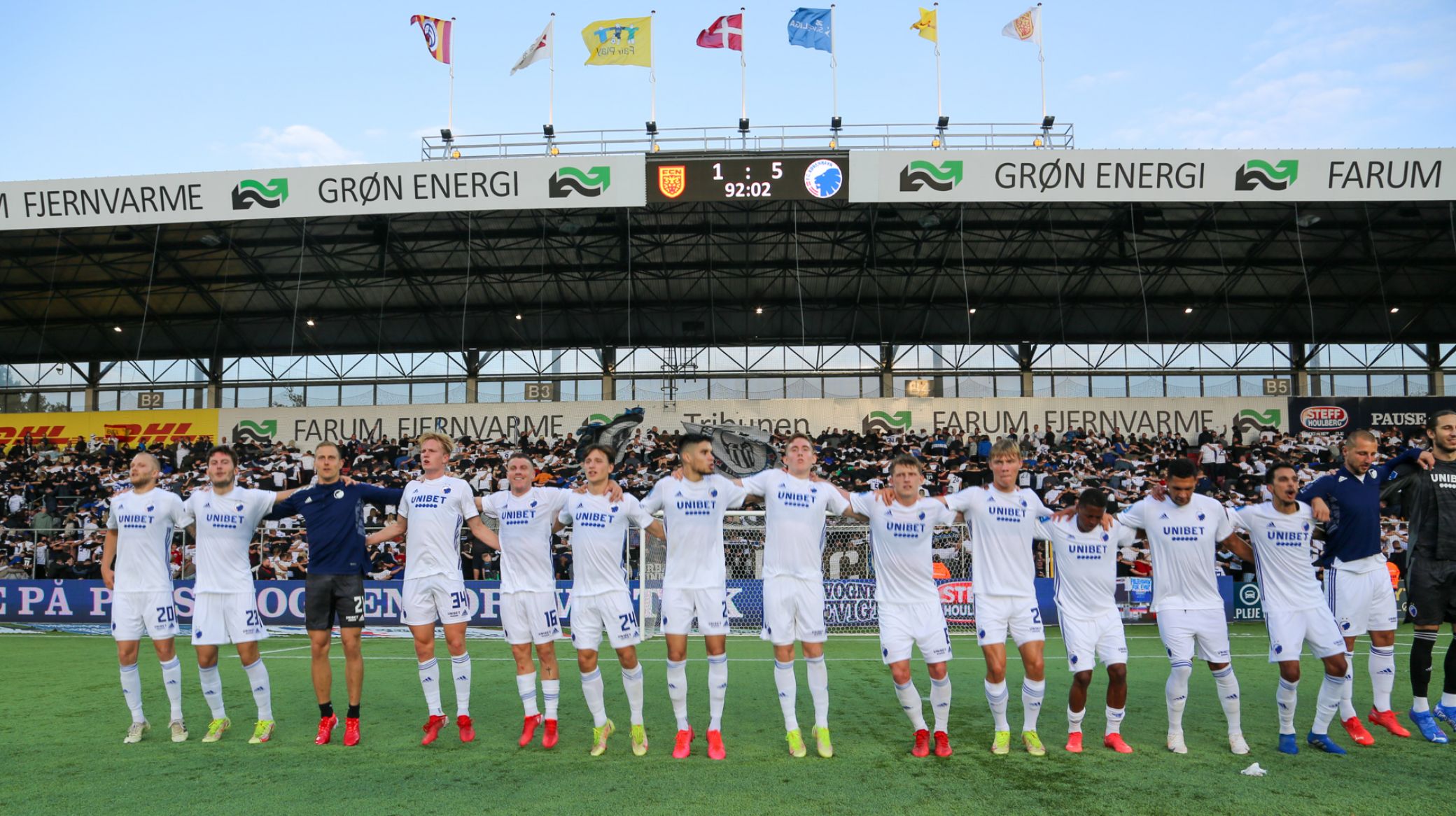 Thorup: We didn't go down a black hole

F.C. Copenhagen head coach Jess Thorup was delighted with his side's response to two defeats on the bounce as the Lions beat FC Nordsjælland 5-1 in Farum on Sunday.

"It has been a tough week, but we showed we are really strong today," said Thorup, whose side had lost twice in the past seven days heading into this contest.

"But just as we didn't start talking about titles after nine victories in a row, so we haven't gone down a black hole after the two matches against Midtjylland and Nykøbing.

"Of course, we were all deeply disappointed and very affected by the defeat on Wednesday night, but we talked things through on Thursday and started to look ahead, and you could really feel that in the way the team performed today.

"We perhaps didn't play our very best match, but we are very effective offensively and converted many chances. At the same time, we against did well defensively and reduced them to very few chances, so all in all it's a really decent performance."

Next up for FCK is the first UEFA Europa Conference League group game at home this season, against Lincoln Red Imps on Thursday.

And Thorup is glad to have that winning feeling back as the Lions prepare for a congest autumn fixture schedule.

"There will be important matches again in the coming week, so already tomorrow we start looking forward to the Lincoln match on Thursday," he said.

"We're looking to get three more points in the group, which can help up in our quest to play European football next year too."