FC Copenhagen can confirm Nicolai Jørgensen has been sold to Dutch club Feyenoord.

Jørgensen finished the season as FCK’s top scorer in the Alka Superliga, helping the Lions win the title and DBU Cup.

“I’ve had a fantastic time at FCK,” Jørgensen said on his departure.

“I’ve thrived both on and off the field with my teammates, staff and everyone at the club.

“I’ve had some great experiences we have won two championships, played in the Champions League and Europa League group stages while I've been here. It has helped to develop me a lot as a player.

“I am very happy that I could finish my time here by winning the double and give something back to the fans for all the support they have always given me over the past four years.

“I will never forget it, just as I will always remember my time at FCK with joy. Now I look forward to a new challenge in my career where I can hopefully continue to build on the foundation that I take from my time here.” 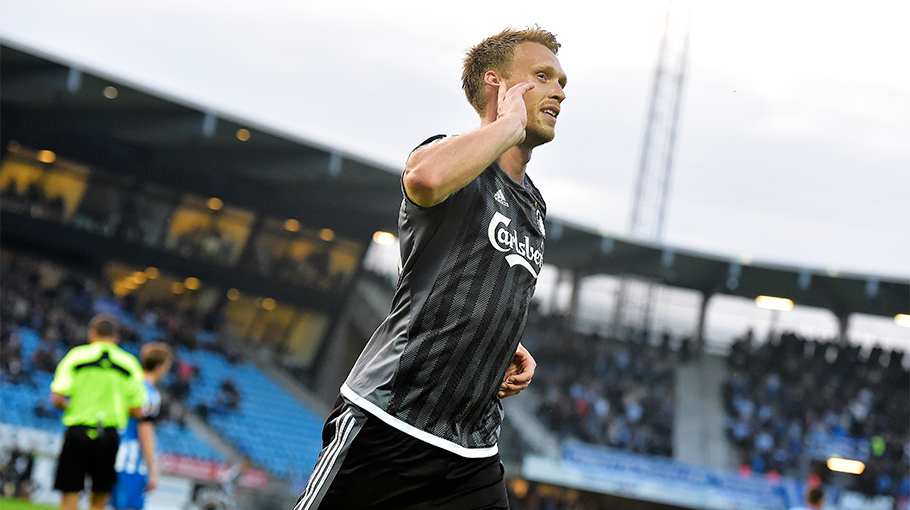 Jørgensen scored 51 goals during his time in Copenhagen, having joined from Bundesliga side Bayer Leverkusen in 2012.

“Nicolai has been a really strong player for FC Copenhagen, where he developed as a footballer - not least in the past year when he matured a lot and established himself as a national player and one of the Superliga’s best,” said FCK manager Ståle Solbakken.

“This sale was part of the plan we laid when he extended his contract by a year. We had a clear agreement with Nicolai that he was to be sold abroad and now the right offer has come for both him and us.

“We get a very reasonable price for a player who has only one year left on his contract and Nicolai gets the chance to test himself somewhere else, which is what he wanted.

“Overall, we succeeded with the plan we agreed together so this a success story for all parties. We look forward on his behalf and thank him for his time at the club.”