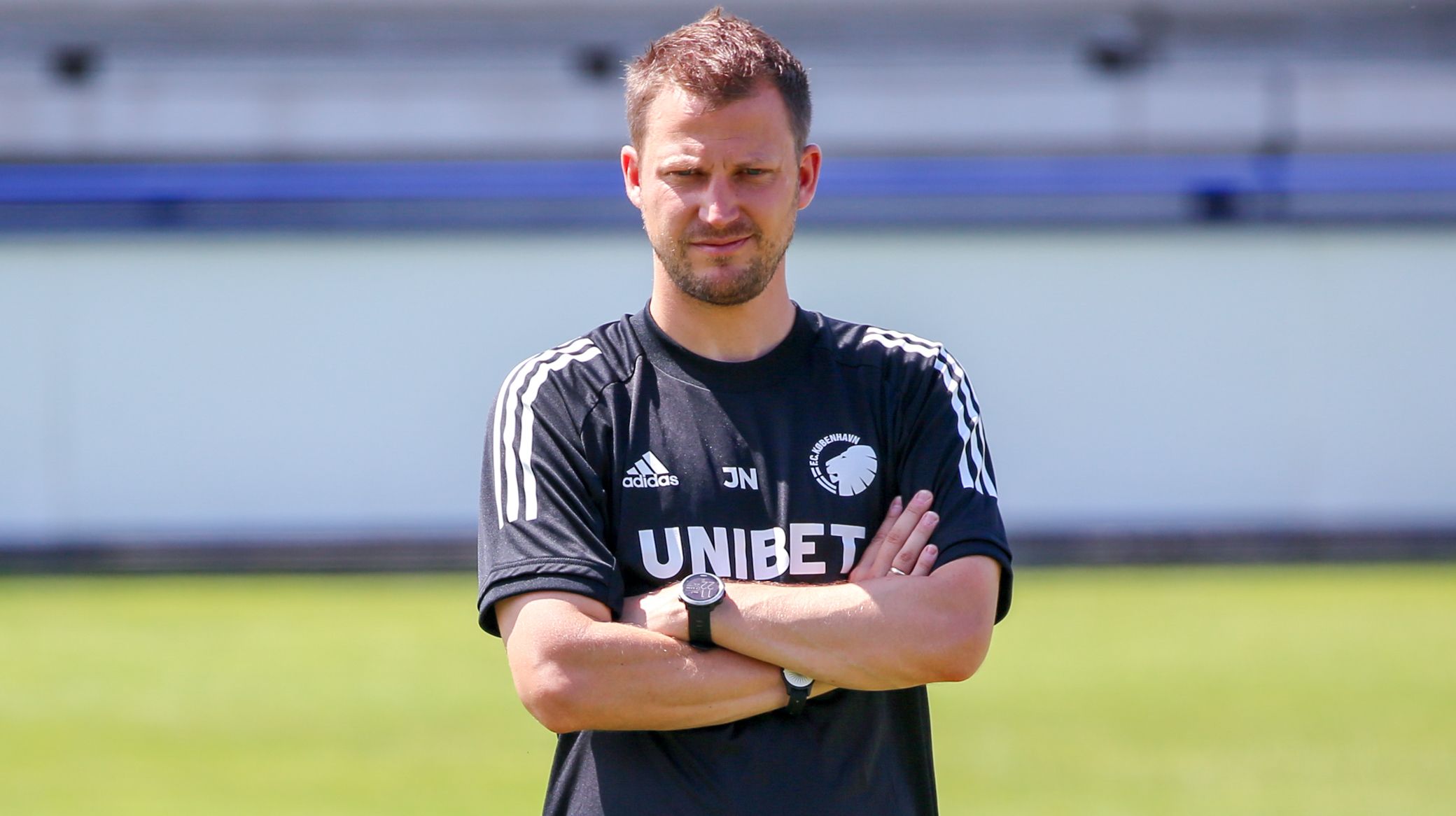 Jacob Neestrup was appointed as the new head coach at F.C. Copenhagen on 20 September 2022.

He returned to F.C. Copenhagen on 1 January 2021 as assistant coach, after he left the club in the summer of 2019 to become head coach of Viborg FF.

Neestrup first became assistant coach at FCK in the summer of 2018, when he replaced Mikael Antonsson after a number of years as U17 head coach.

Neestrup has a past played for F.C. Copenhagen, where he came up through the youth ranks and made his first-team debut as an 18-year-old in a Danish Cup match against Thisted in the autumn of 2006.

It was a debut he would soon want forget, because after he came on, it took only two minutes before he had to withdraw with a serious ankle injury.

"I received a proper tackle from two players, and while I was on the field, 5,000 spectators jeered me. Welcome to the game, I thought!" Jacob has previously told FCK.DK.

Eight months later he was fit again, and in the summer of 2007 he got the chance as a permanent member of the first-team squad on a two-year contract. He then continued his career at Norwegian side Stavanger IF and FH Hafnarfjördur in Iceland, but unfortunately had to cut short his stay and retire from playing due to the injury.

In 2013, Neestrup was back at F.C. Copenhagen as an assistant on the U17 team, and he took over the head coach job in 2015 and helped lead the team to an undefeated 2015/16 season and the Championship.

After a year as assistant coach to the first team from 2018 to 2019, he was hired as head coach at Viborg FF. When he left the club Viborg were in first place in the Danish First Division.