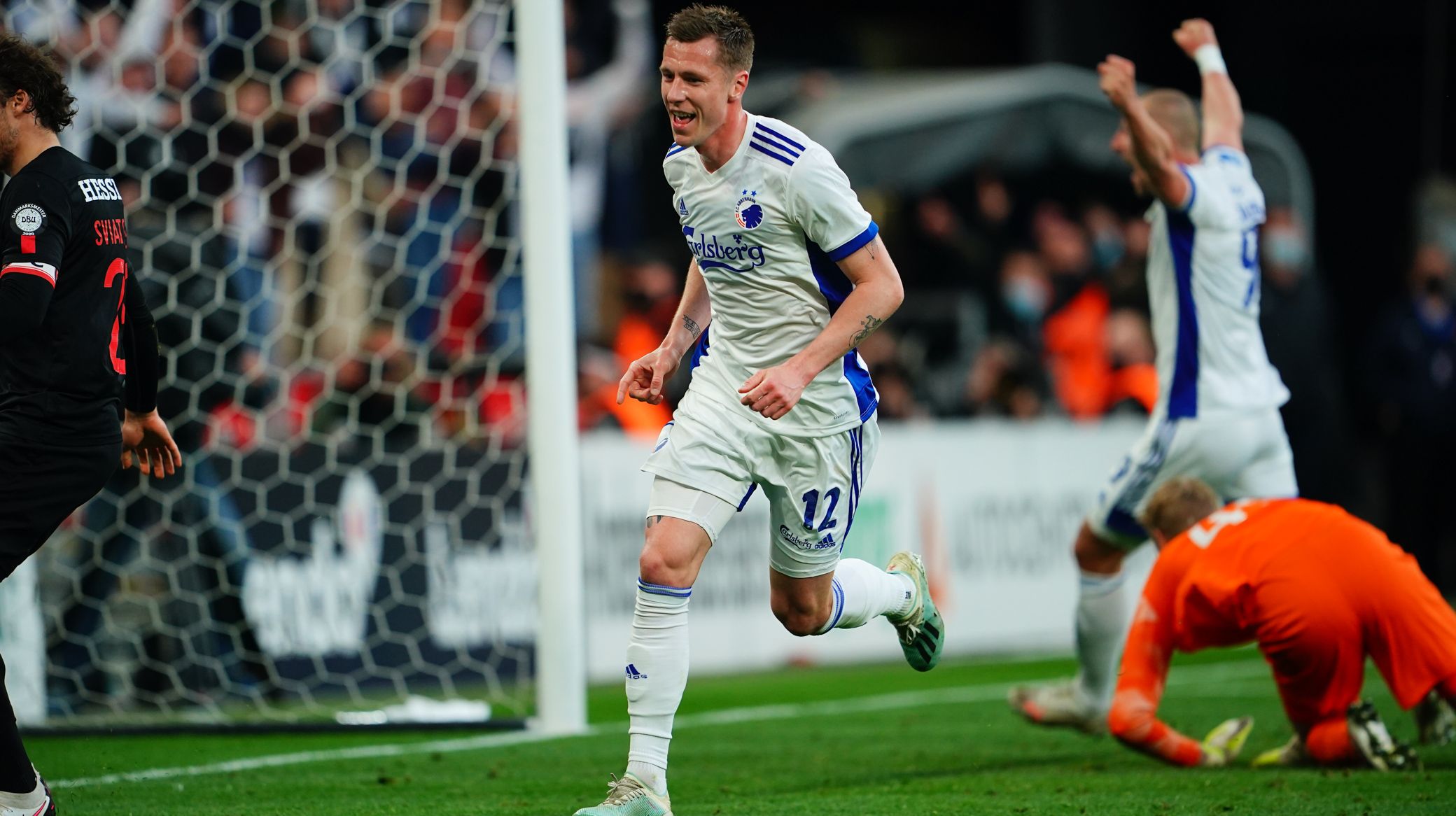 Thorup: Our press gave us this chance

F.C. Copenhagen head coach Jess Thorup was delighted his players brought the intensity required into Wednesday's 4-2 victory over league leaders FC Midtjylland that means the title race will go down to the last game of the season.

Goals from Lukas Lerager, Kamil Wilczek, Jonas Wind and Mohamed Daramy earned FCK an emphatic victory in front of the socially-distanced home supporters and Thorup was all praise for his troops.

"It was the high-intensity game we had been looking forward to, and with amazing fans in the stands that really carried the team forward!" said Thorup.

"Great credit to the players that we are still part of the title race and for the way they came back into the game today and really left the mark we wanted.

"We had expected an intense match where the teams would take turns to have momentum, and we got that too. But we had the margins and the sharpness on the field today.

"We changed our pressing play a bit during the break, because it wasn't working quite as it should have been in the first half, where we weren't always close enough to their midfielders, but we fixed that.

"All in all, it was a great match to watch and it also sounded like it was in the stands. Tough play, tackles, duels, lots of action at both ends of the pitch… a great match.

"Before the Championship Round, we set ourselves a goal of winning the mini league and I think we have already achieved that. Of course we can't use that for anything here and now, but it says something about us being on the right track for next season, where it's about being ready from the start.

"A while ago, not many people thought we would be there at the very end but the boys have really believed in themselves all along. Now we have to see if it's too late. We still can't decide anything ourselves and we still have a difficult match in Randers on Monday, which we have to make sure to win. Then we have to see how far we can go."

FCK's final game of the season kicks off at 5pm on Monday away to Randers.