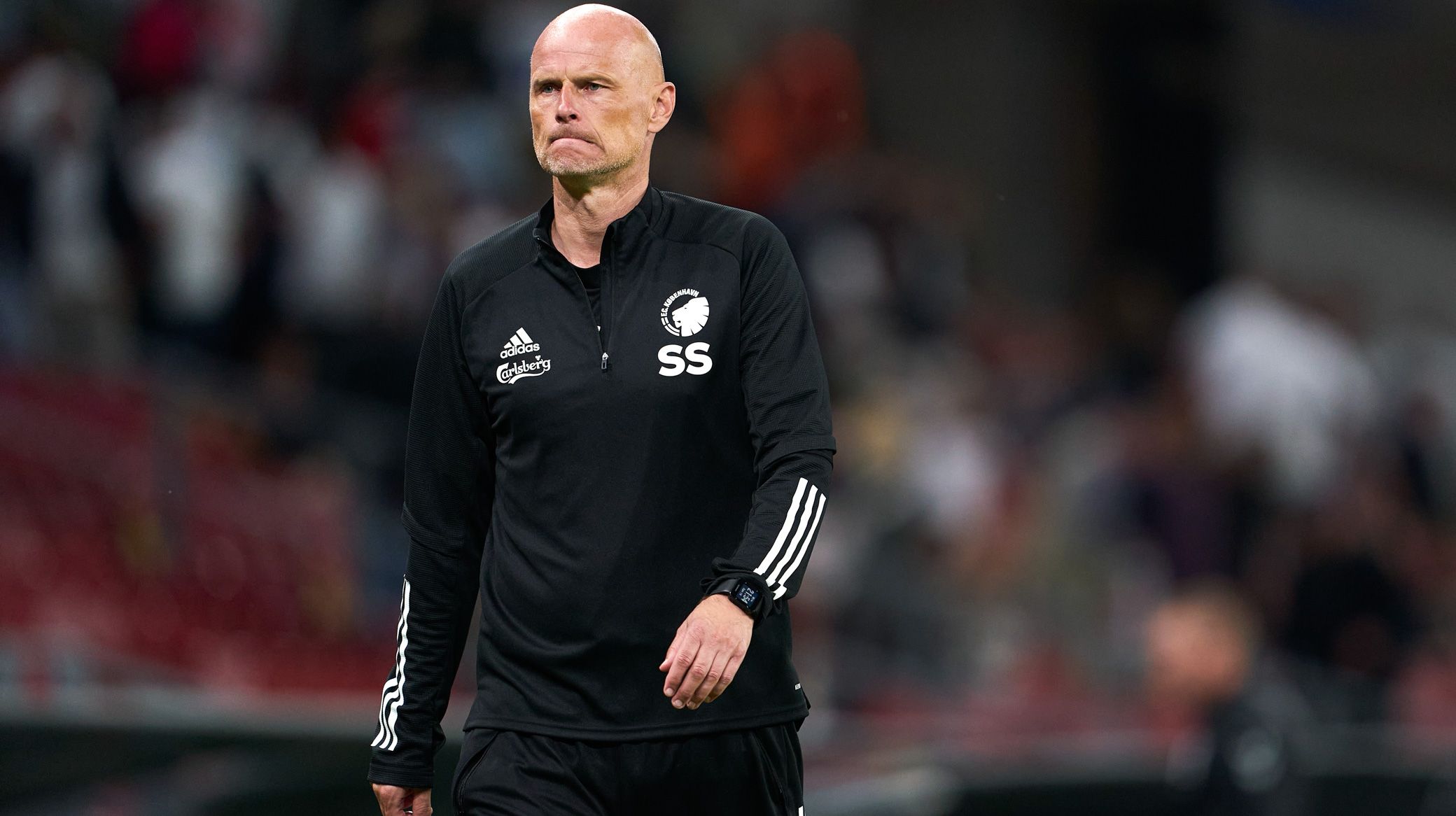 Ståle: We put ourselves in this

F.C. Copenhagen manager Ståle Solbakken did not hold back on his assessment of the 4-2 defeat to AGF on Sunday.

FCK twice tried to come back from two goals down but where eventually beaten by the visitors, who moved into second place in the 3F Superliga.

"We have put ourselves in a difficult situation with two matches to go," said Ståle after the game, which leaves FCK in third place.

"We need second place, both in relation to this and next season, but it looks difficult now and of course we are all very disappointed.

"The last hour against Brøndby and the whole match today was very uneasy, and we did not take control of the game as we would have liked.

"It was like American Football, with too much back and forth. AGF are good on counters and while they didn't have many chances today, they scored the ones they did create and did well.

"We made two individual errors on set pieces, and then they scored from a long shot almost from the moon… so every time we were about to get into the match again, we took another one on the nose.

"But that's the way it is. A year ago we celebrated winning the championship, and two years ago it was also really difficult.

"But you are only as good as your last match, and right now, neither I nor the players are good. We are performing below par, and I have the ultimate responsibility for that in the end."