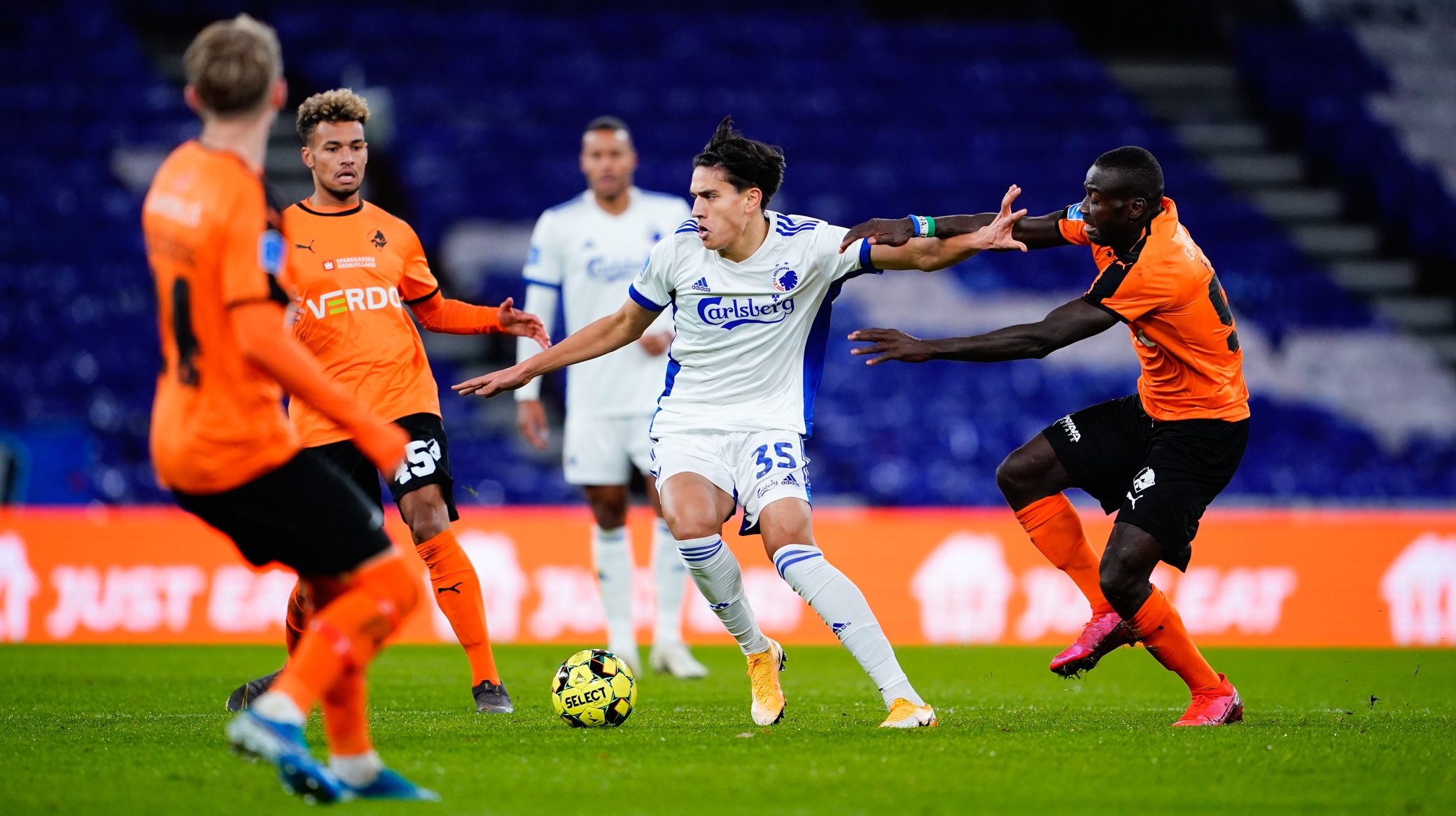 Marko Stamenic on his debut: 'A dream come true'

F.C. Copenhagen's defeat to Randers on Monday night will be quick forgotten by fans, by not 18-year-old Marko Stamenic. The young New Zealander made his Lions debut in the game and spoke about his experience in the aftermath of the defeat.

"It was fantastic and of course a dream come true," Stamenic said.

"Since I was little, I have dreamed of becoming a professional, and making my debut on the first team at my age for a club as big as FCK is incredible.

"I would be lying if I said I was not nervous beforehand, but on a match day you are mostly just excited and you look forward to playing, even though I thought time went too slowly beforehand, because it was an evening match.”

Stamenic named Man of the Match
Stamenic, who joined the FCK Talent Department in the summer, played the first 71 minutes of the game and had a good sense of his own performance, which earned him the man of the match award.

"I think it went well for me personally, even though I had to spend the first few minutes getting comfortable with the ball and getting used to the pace," he said.

"But I felt really comfortable and also won some duels and kept the game flowing. It was of course disappointing that we lost, so I just hope I can contribute to a victory if I should get the chance again.

"It is a great honour for me (to be named MOTM) and I am very grateful and humbled that the fans support a young player like me. It just made the day even bigger.

"And I have received many congratulations from back home in New Zealand, where my family watched the match wearing FCK jerseys, even though it was played at seven in the morning down there due to the time difference."

Hard work ahead
However, the U19 player is fully aware that there is still a long way to go before he can secure a permanent place in the FCK XI.

"Hopefully this is just the beginning," he said. "But I'm totally conscious of keeping my feet on the ground and not letting myself get carried away, because I have to put this behind me already. It's about earning a place on the team, which is my big goal. But it requires me to keep working hard every day.”

Feels at home in the capital
Stamenic moved to Copenhagen in early September from Western Suburbs FC in his home country. And even though he has travelled far and has only been here for a few months, Copenhagen has exceeded all expectations so far.

"I have settled in really well, and it has been easy to get here," he said.

"I have been received very well in the club, and I have moved in with a family that is really good to me. I actually feel like it's a home for me, even though I'm far away from home!"

The next time Stamenic has the chance to feature in the 3F Superliga will be on Sunday, when FCK take on SønderjyskE away at 4pm (that's 4am Monday morning in New Zealand!).