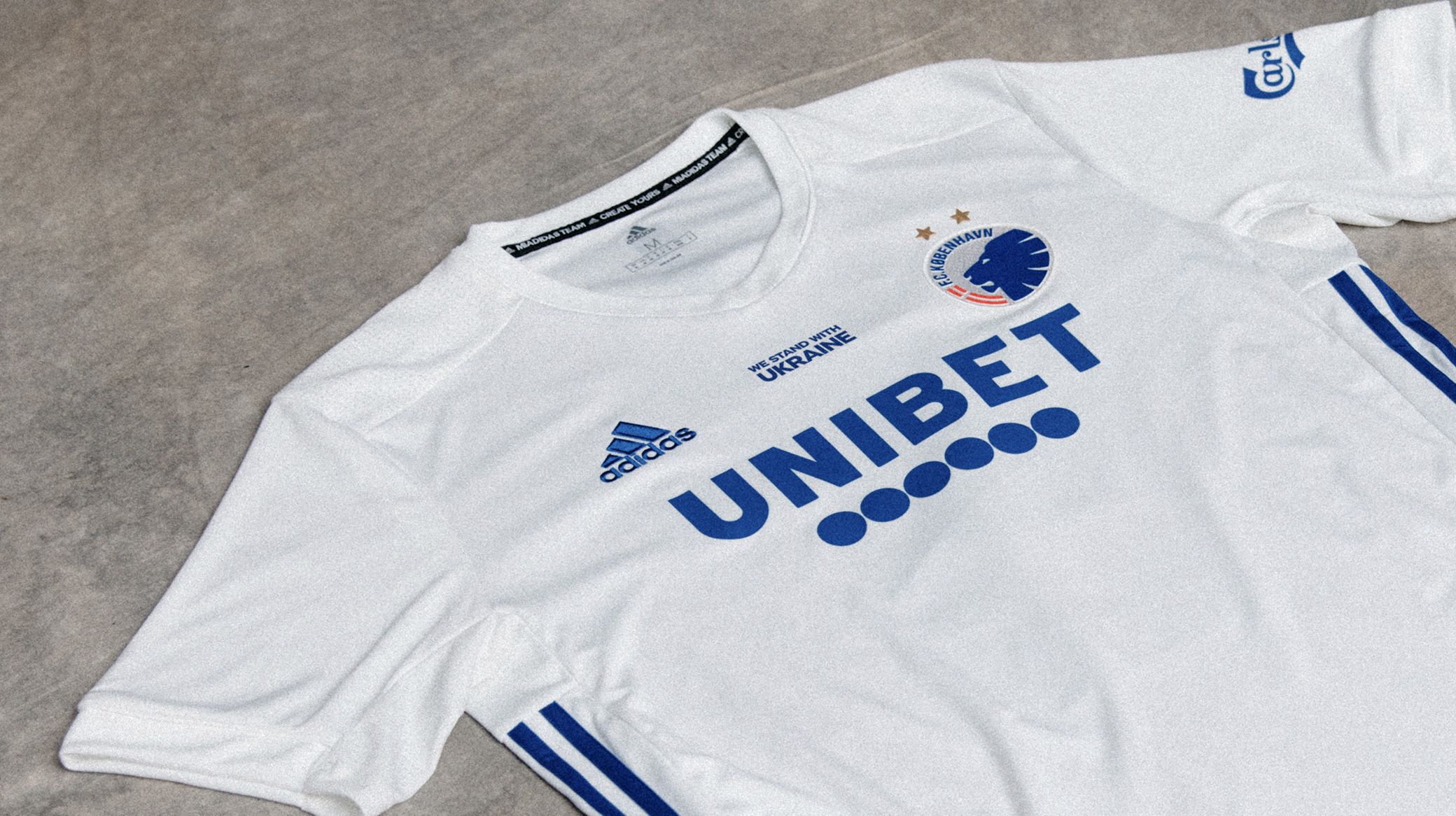 Supporters were able to bid for one of a number of special #WeStandWithUkraine shirts worn by the Lions players during the Superliga clash with Randers FC on 4 March.

Proceeds from the auction have gone to help Ukrainian children affected by the war in their country.

The action was held alongside lauritz.com and, when two buyers withdrew their bids for winning shirts, FCK instead donated the winning amount for the two jerseys (DKK 32,825 / £3670 / €4413).

The €24,600 raised through the shirt sale is in addition to the €34,500 donated by FCK fans during the Save the Children appeal, which is still ongoing. This means the club and its supporters have so far raised almost €60,000 for good causes.

You can still raise money via the campaign for children affected by the war here.