Wilczek: Copenhagen was the best choice for me

New F.C. Copenhagen striker Kamil Wilczek says he has joined the club in order to win titles and return to the Danish capital.

Wilczek, 32, has signed for FCK from Turkish side Göztepe.

The forward had previously played for Superliga team Brøndby and has penned a three-year contract at Telia Parken.

"It's a big step for me to be at FCK and have the possibility to win the title. I want to help (the club) and I'm looking forward to it.

"I had a couple of options but as a professional football player and the head of my family, I had to choose the best club and the best city.

"My family love Copenhagen and so this is exactly why we chose this club and we're happy to come back to Denmark."

Wilczek is well known among FCK fans for his four-year stint at Brøndby.

But he is ready to get going in a familiar city, albeit at a new club.

"First of all I have to perform. I have to do the same job, like the last four-and-a-half years at Brøndby," he said.

"Off course that was a fantastic period for me but I am a professional football player and I have to make the next step, and the next step is in Copenhagen with FCK." 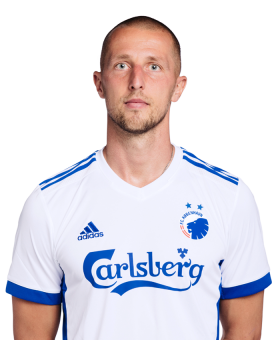