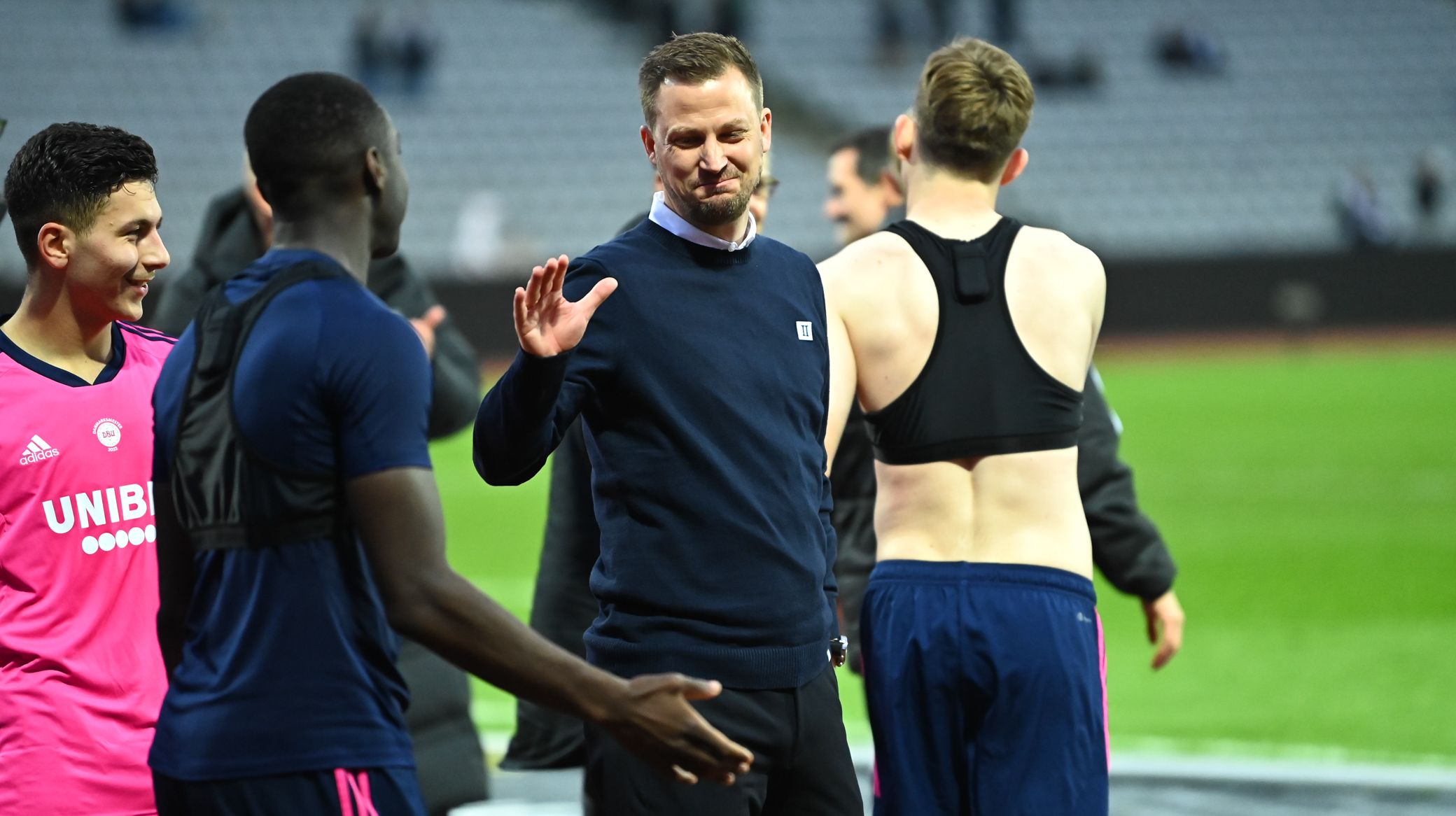 We're in this title race – Neestrup

F.C. Copenhagen head coach Jacob Neestrup insists the Lions are in a great position to challenge for the Danish Superliga title after winning a third straight league game on the bounce at AGF on Sunday.

Goals from Lukas Lerager and Victor Kristiansen earned FCK three points and sends Neestrup's squad into the winter break on a high.

FCK sit third in the table, eight points off league leaders FC Nordsjælland. And Neestrup knows there is even more work to do come February.

"We can still challenge for the title after the winter break, and that was the most important goal for me when I took over the job," says Neestrup.

"It is of course extra good to win just before the winter break, but you must always remember to look at the big picture and not just an individual match. We have a very good points average in the Superliga after four wins and three draws in a hectic period, where we also had to perform in the Champions League and the Danish Cup.

"But we have become more solid and have a more collective expression. We are hard to beat and we are hard to create chances against, and we showed that again today against a good AGF team that does a lot of things right.

"There is great potential in this team, which we can continue to work with during the winter break."

Lerager opened the scoring on 79 minutes with a near-post header from a corner, before VK's late shot secured the three points.

"Today was generally a very even match. I think we were a bit better than them in the first half and started the second half the best, but then they were the best in the rest of the second half.

"So game-wise it was definitely not our best display, but I think I can argue that we deserved the win because we created more big chances than them. I guess they only had the one that they scored, which was chalked off.

"That disallowed goal was of course lucky for us, because it's beyond our control, but when I watch it on TV afterwards it's clear enough that there is an offside and that Poulsen is impacting Grabara.