Trailer: Mohamed Daramy - I was born in Denmark

F.C. Copenhagen and Christopher Cloos present the documentary Mohamed Daramy - I was born in Denmark.

From Wednesday 24 March, you can get even closer to FCK's young talent Mohamed Daramy when the documentary series, produced by FCK Media, premieres on the club's platforms.

In the five episodes of the documentary series, we follow Daramy's path into sporting adulthood, his family's struggle for Danish citizenship and his first commercial partnerships. Mo speaks of his passion for football and desire to be an elite player, as well as his battle for regular playing time at Scandinavia's biggest club, F.C. Copenhagen.

The documentary is made in collaboration with our official Eyewear Partner, Christopher Cloos.

In connection with the documentary, Christopher Cloos is running a competition where you can win Mo's home shirt worn in the home game against Vejle BK in Parken on 3 March, 2021, as well as three pairs of glasses from Christopher Cloos (either sunglasses or blue-light glasses). All you have to do is follow the link right here or via the banner below. 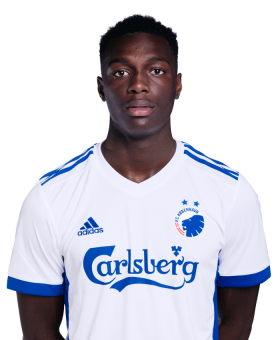