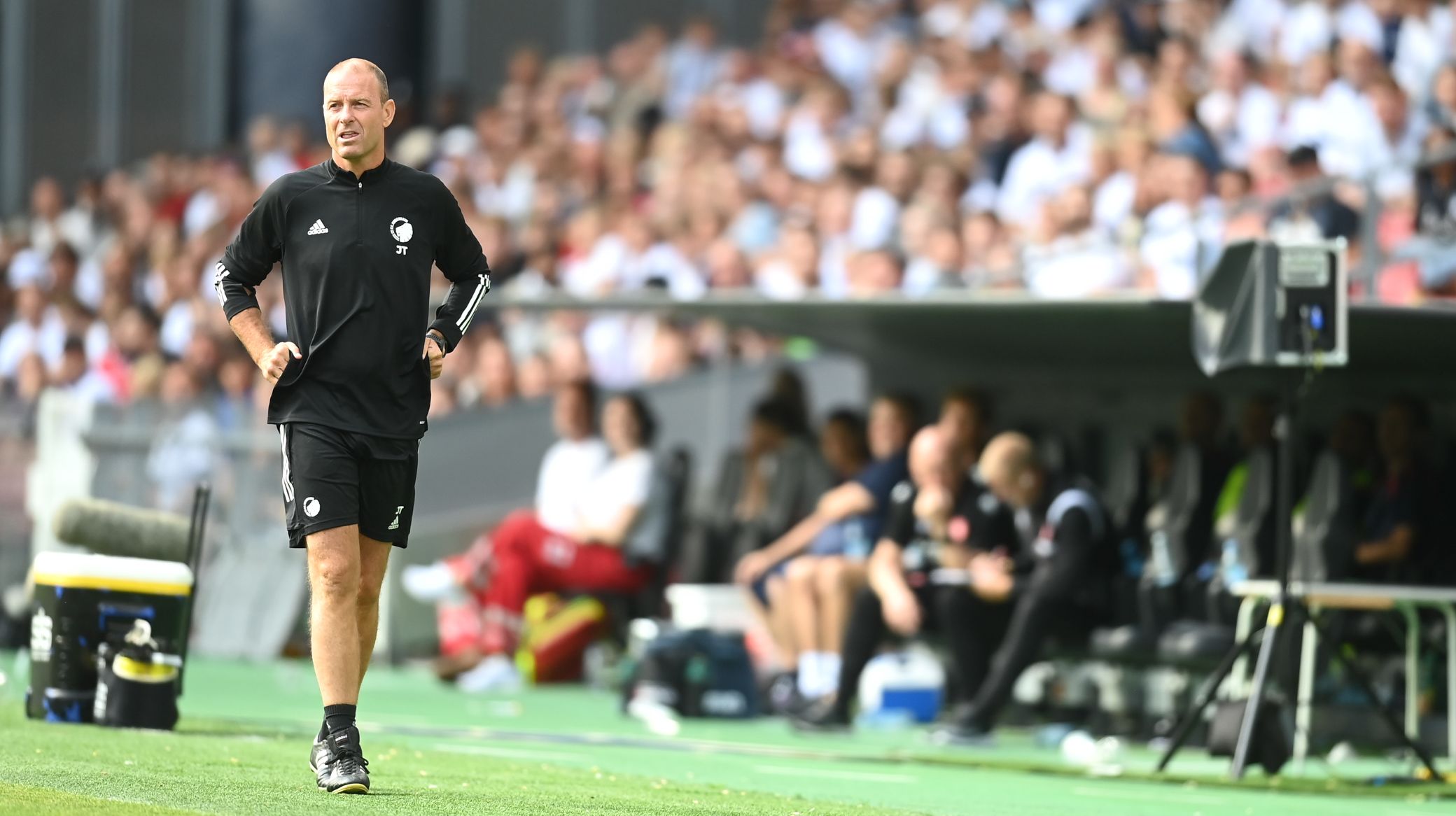 F.C. Copenhagen head coach Jess Thorup admitted he was disappointed not to secure all three points in the Lions' opening game of the 2021/22 3F Superliga season, which finished 2-2 against AaB in Parken.

FCK led early in the second half after Mohamed Daramy had added to Kamil Wilczek's first-half equaliser, but Kasper Kusk earned the visitors a draw with 21 minutes remaining.

"It was a typical top-flight game with ups and downs, and of course we are all disappointed that we threw away two points," said Thorup.

"I thought we played very well in the first half, but they went ahead with a shot that Kamil Grabara would probably have saved on a good day. But I think he had an excellent match, showed a good attitude and did plenty of good work.

"We fought back quickly after we went behind, and during the break we got the chance to fix a few things, and we came out well and took the lead. But even though we had momentum in that early period – and I felt we are close to making it 3-1 – we didn't get through the match."

Kusk's leveller came four minutes before Nicolai Boilesen was sent off for a challenge on Mathias Ross.

"Suddenly it was 2-2 after an incident where we make some elementary mistakes and gifted them a goal, and shortly after we went a man down. I think the red card was harsh in relation to how I saw the situation, but we have to accept it.

"Many players stepped up when we were down to 10 men and fought well for the rest of the match, but it should never have come this far. It was certainly not the start we had hoped for.

"Now we have a match again on Thursday, where both Victor Nelsson and Boilesen can play, and then we have to see how we put the team together on Sunday, when they are both out, but I'll take it one game at a time.

"We have to take the things we can learn from this match and then put it behind us, so we can quickly prepare for the game on Thursday."

Next up for FCK is a home clash with Torpedo-BelAZ Zhodino in UEFA Europa Conference League qualifying on Thursday. Fans can buy F.C. Copenhagen tickets for the game at billet.fck.dk.