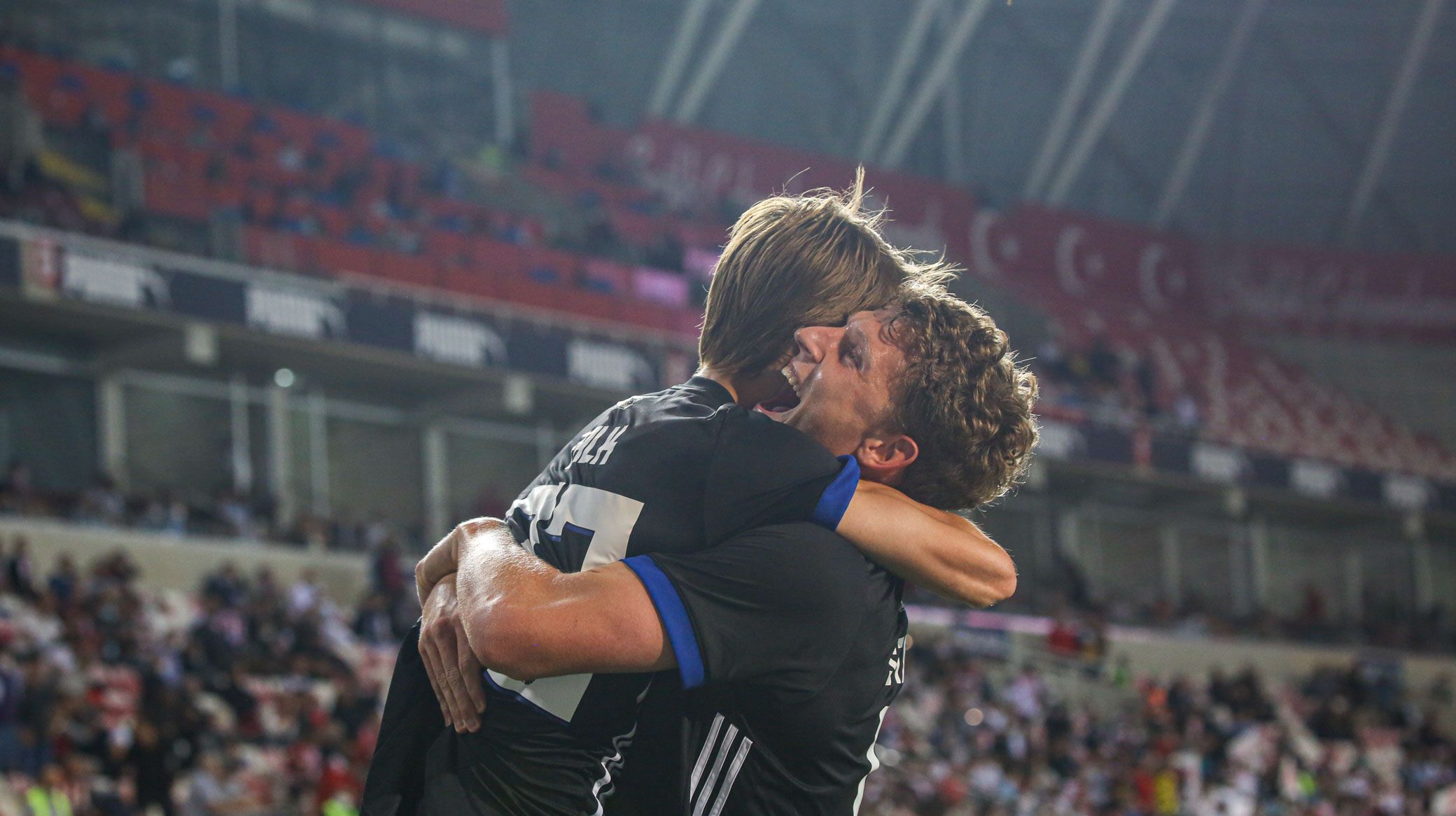 F.C. Copenhagen head coach Jess Thorup was delighted with the display of his players following the 2-1 UEFA Europa Conference League playoff victory over Sivasspor on Thursday.

Kevin Diks and Jens Stage struck in the second half to earn FCK an first-leg advantage heading into the reverse fixture in Parken next week.

"It was really a solid performance on a difficult European away day," Thorup said.

"We have not reached our goal yet, because we are only halfway there and there are 90 hard minutes awaiting, but we have got a really good starting point heading into the return match in Parken.

"We have not lost there since November, so Sivasspor will have to find something extraordinary when they meet us at our home ground and with our fans in the stands.

"I am really very pleased with the players' performance today, because there is a solid foundation in what we are producing. We are solid and we dare to play the kind of football we want.

Great mental strength
"For example, we don't let our heads drop after they equalised through a slightly lucky goal, and right afterwards we took the lead again. We showed great mental strength by deploying a well-played attack and going ahead once more. We have shown several times our ability and belief to hit back quickly if our opponents score.

"This is not an easy place to play, because even though they lost on Monday, they had played for half a year without losing either at home or away. They came as expected with lots of speed and muscle, but we resisted well and defended well through large spells of the match, although it got a little hectic in the end.

"However, we also had the opportunity to score even before the break, if we had had a little more sharpness in our crossing and passing, but all in all, as I said, I am very satisfied with what we delivered tonight."

Next up for F.C. Copenhagen is a home clash with SønderjyskE in Parken on Sunday.

The match kicks off at 4pm and you can still buy F.C. Copenhagen tickets for the game, as well as the return fixture against Sivasspor next Thursday.