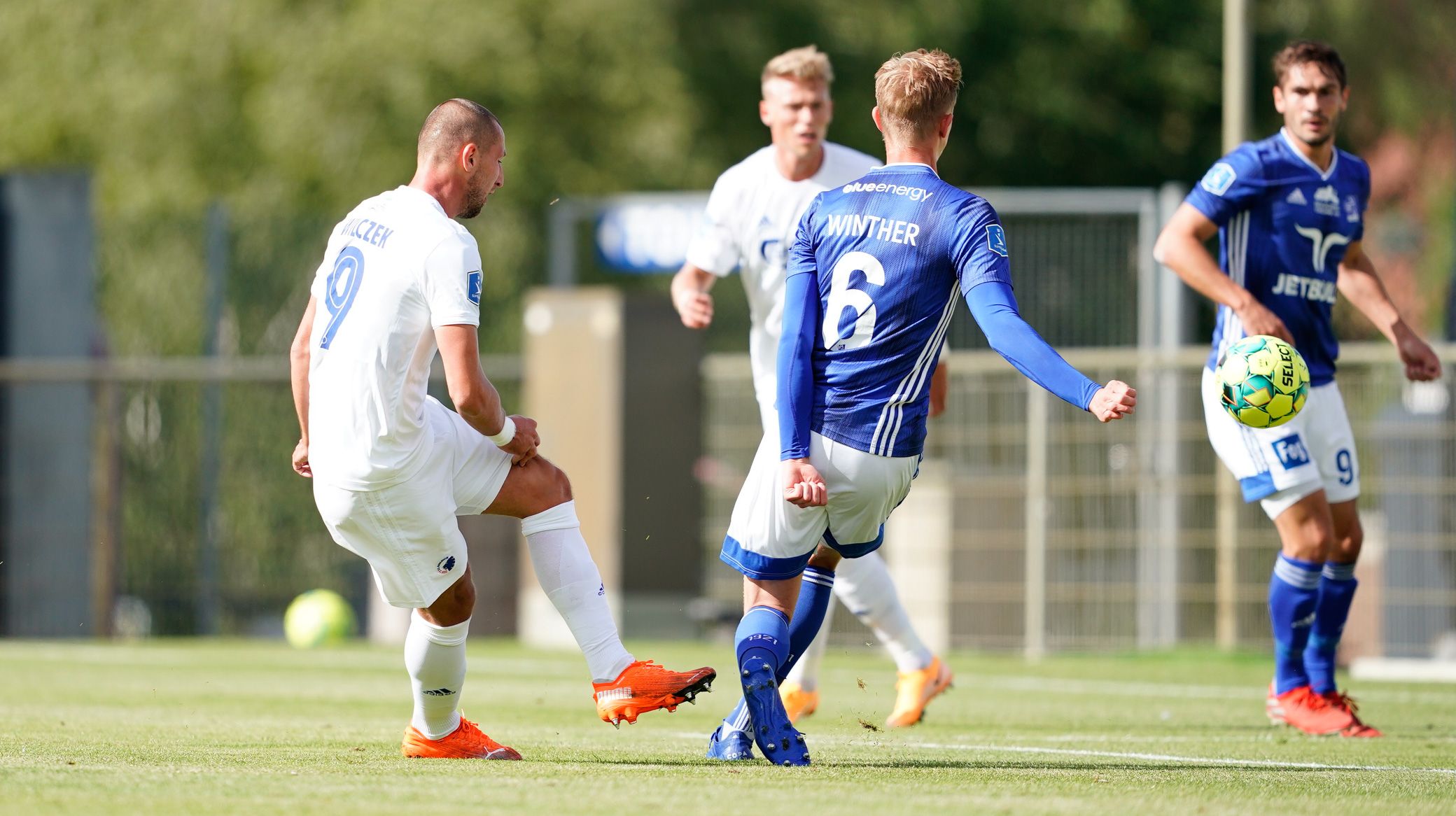 Ståle: An OK performance at Lyngby

F.C. Copenhagen manager Ståle Solbakken was largely positive after the 2-2 friendly draw with Lyngby on Monday.

But the boss identified a number of areas the team need to improve as the new 2020/21 season looms.

FCK recovered from 2-0 down to draw level thanks to strikes from Kamil Wilczek and Mikkel Kaufmann, while Pep Biel missed a penalty.

"They punished us twice in the first half, where we made two mistakes in the back four," said Ståle.

"During the second goal Andreas Bjelland made an error, but there was a man behind him in an offside position, which the referee might have blown for.

"But we had some great chances in the first half, and we also dominated in periods, but after the good start we didn't really put the pressure on, and the last half of the first half became more uneven.

"After the break, we created a lot of chances, and Kaufmann came in and did really well, as did the other young players.

"It wasn't Pep's day today, because he could have scored both with the penalty and another great chance.

"But all in all, it was OK. We managed to keep the pace for large parts of the match, and after the break they didn't do much in the middle, although as I said, we played with a lot of young players who did well.

"Marios Oikonomou was involved in the first goal, where he moved into the wrong zone instead of just staying put, and then the hole appeared. But he was good with the ball, very calm and played with authority."

Next up for Ståle's men is Sunday's season-opener against OB, which kicks off at 6pm.