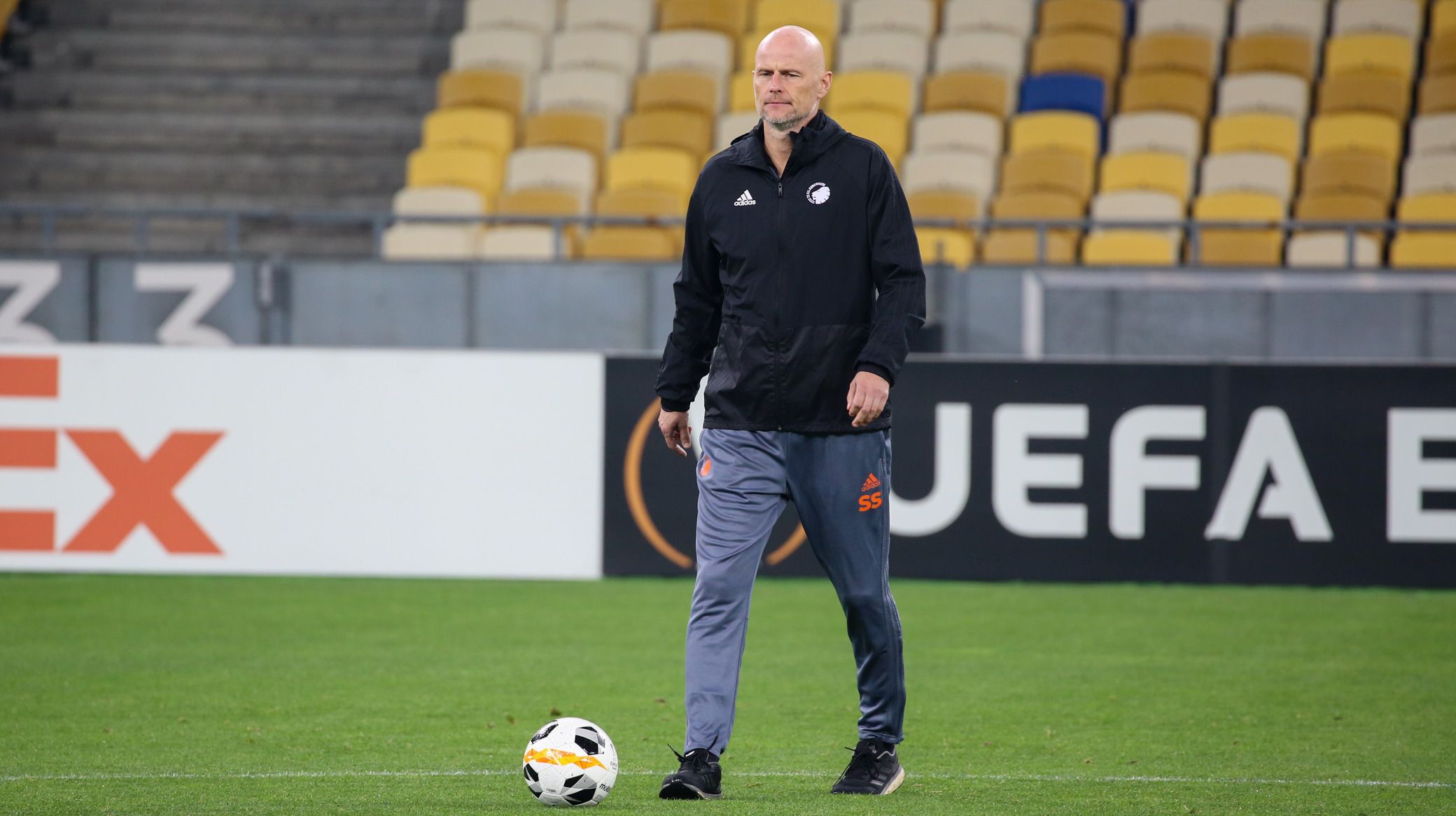 F.C. Copenhagen manager Ståle Solbakken admits facing Dynamo Kiev away tonight is one of the biggest tests of the season.

"Dynamo are probably the best team in the group and must be favourites at home, so that will obviously be a big challenge for us," Ståle said during Wednesday's training session in Ukraine.

"As always, it's a balance between being aware of our opponent's strengths and at the same time playing our own game. It requires us to be disciplined and to work hard, just like in our first two matches in the group.

"We will probably come under pressure during periods of the match that we have to try to resist, and in addition we have to threaten once in a while when we have the ball.

Ståle also discussed the relationship between FCK and Kiev, which was struck up when Benjamin Verbic moved to Ukraine from the Lions in 2018.

"It's our first meeting with Dynamo, but we have a good relationship with the club from the sale of Benjamin Verbic, which was concluded in a good way," Ståle said.

"He is obviously one of the players we have a lot of respect for.

"He is strong one-on-one, good with both feet and with his head. We have followed him since he left us and can see that he has continued the development he was undergoing already while he was with us."

Dynamo Kiev vs F.C. Copenhagen kicks off at 21:00 tonight.