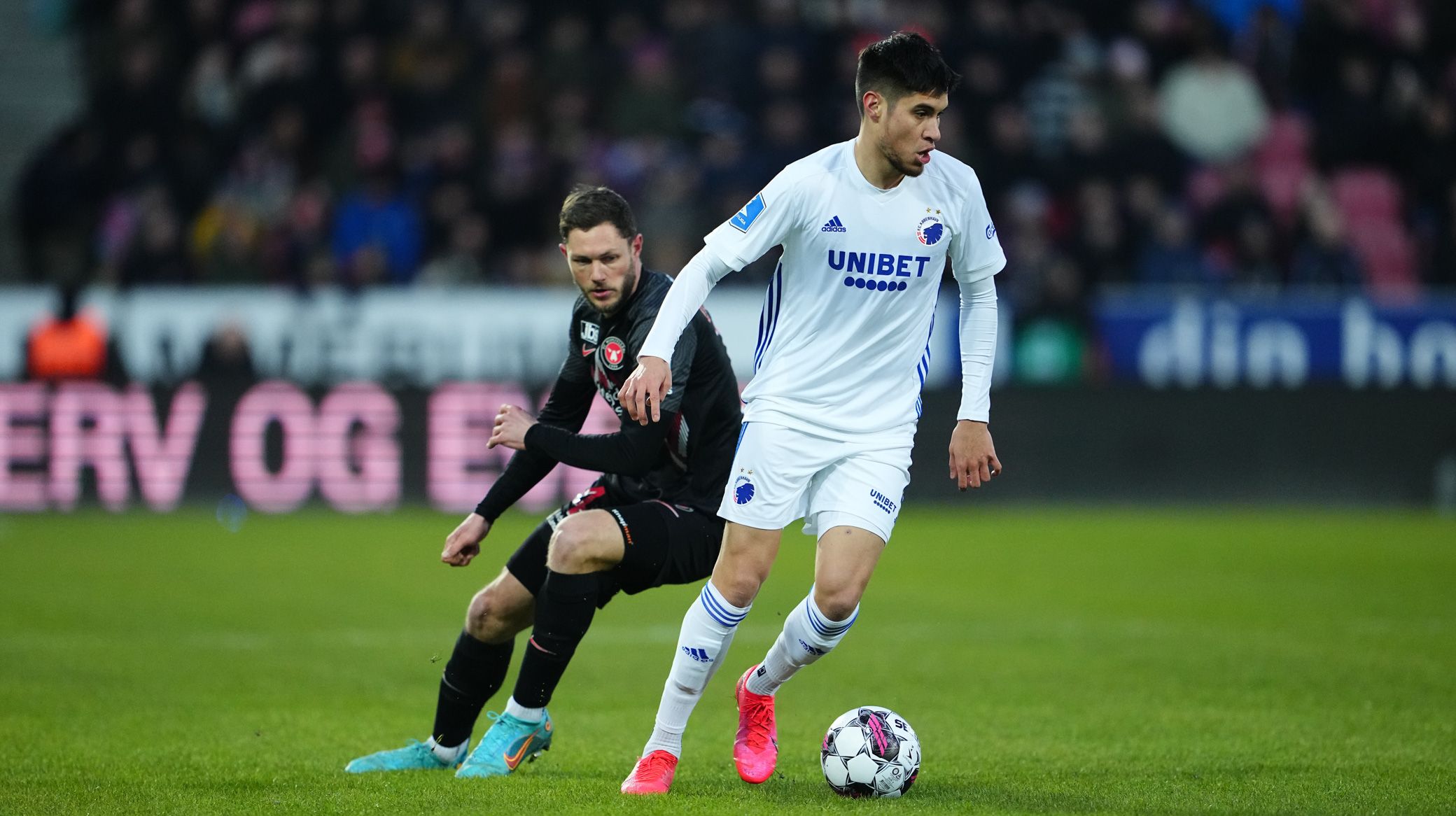 The Lions earned a 4-4 draw in the first leg in Netherlands last week – and a sell-out crowd is expected in the Danish capital here.

And Diks reckons the supporters will play a central part in the game.

"Our fans in Parken will be an important element for us on Thursday," says Diks.

"We know that PSV is a team of great quality, but all teams that come to Parken on a European night find it difficult. This also applies to PSV."

'50/50 for who goes through'
Diks came off the bench in Eindhoven last week and played the whole match against FC Midtjylland on Sunday.

Discussing his form, he says: "It's heading in the right direction and it was good for me to get in a whole match.

"I think we played a really good game in the first game in the Netherlands and we have created a situation where it is now 50/50 for who goes through.

"It was the goal of the first match that we'd have the opportunity to decide this tie in Parken, and we succeeded, so we are very much looking forward to this match."

Dutchman Diks has plenty of knowledge of PSV and Dutch football – and he is wary of what the Eindhoven club will bring on Thursday.

"PSV is a big club with a great tradition both in the Netherlands and in Europe," he says.

"They have players with very high individual quality, so we have to hit our top level again to match them. In addition, we need to feel that energy and power from the stands, and we also have to give something to the fans, for the support we have in Parken is up there with the best, and we need that on the pitch.

"I strongly believe that together we can create a difficult environment for PSV, and if we hit our best form then we have a good opportunity to progress.

"One of the reasons why players come to FCK is these opportunities to play against some of the best teams in Europe. You're really pushed to the limit and given the opportunity to show what you can do as a team and as a player."

F.C. Copenhagen vs PSV kicks off at 6:45pm on Thursday. Tickets for the game are selling fast and the club advises anyone wanting to attend to secure their seat as soon as possible.