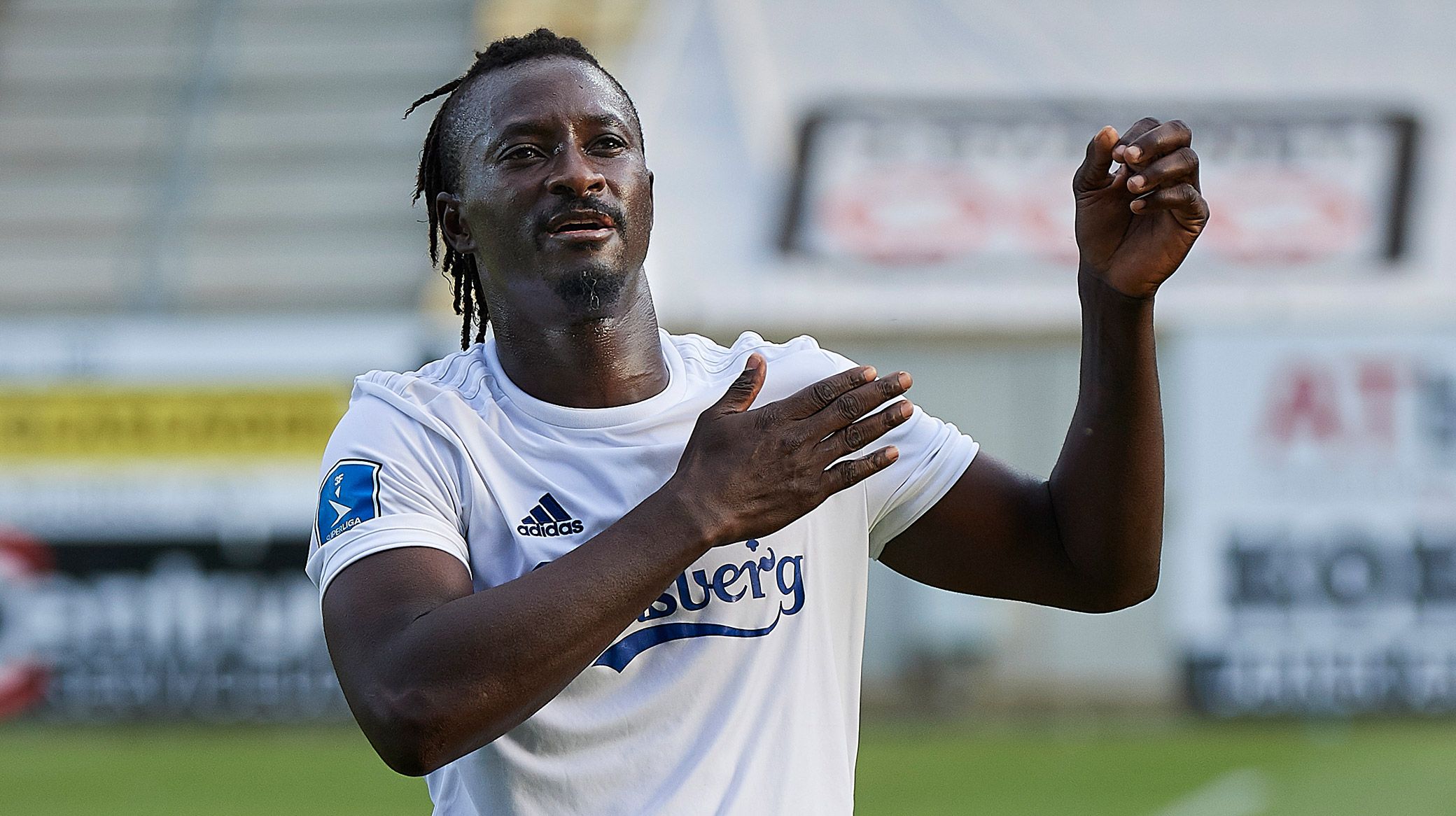 Dame N'Doye made his 200th appearance for FC Copenhagen on Saturday night against AC Horsens.

It is a feat only 19 other players have achieved.

And N'Doye admits he wasn't thinking of the mark when he took to the pitch.

A sign that you've done well
"It was really just a game like every other one, and it wasn't something I thought about beforehand," N'Doye said.

"But of course it does matter, because we play football to play as many matches as possible. And that's a sign that you've done well in your club when you play so many matches."

N'Doye has looked sharp in pre-season and the first four games this term. He returned to training on Tuesday after a few days off following the Horsens victory.

"Yes, I feel fit and strong at the moment, but as always, I'm just trying to work hard and do my best to help the team, and fortunately we got off to a good start with four wins," he said.

"In any case, I believe it will be a good match. It was difficult over in the UK because the pitch was very bad and we unfortunately also suffered a few injuries, but at home I am sure we can better show our own game to the fans."

Match #50 in Europe
In the first match against The New Saints, N'Doye also became the sixth FCK player to achieve 50 European appearances for the club.