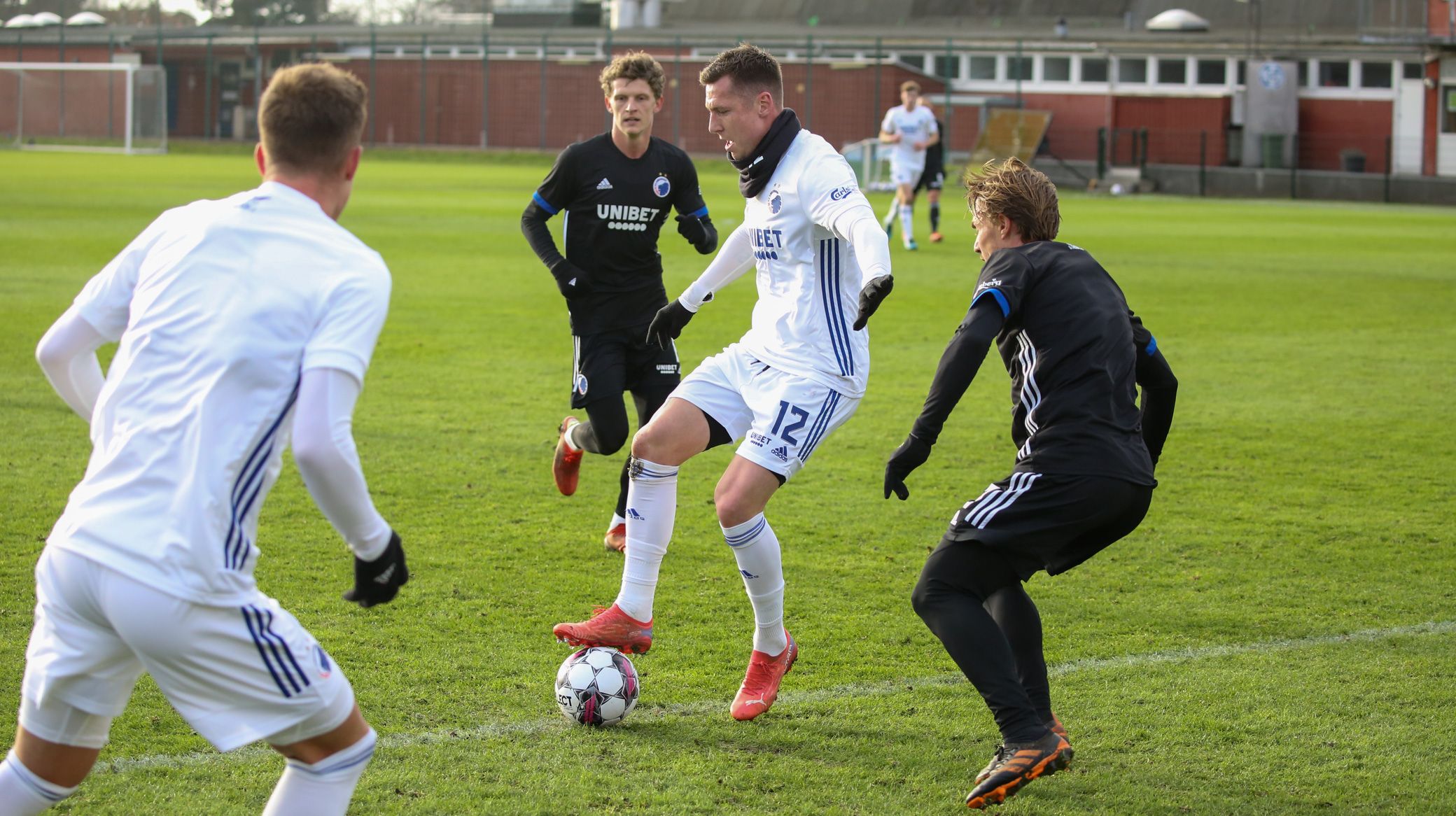 F.C. Copenhagen's first team were put through their paces on Thursday during an internal friendly between two groups, wearing either FCK's home or away shirts.

The 45-minute match on a full-size pitch gave the players a chance to catch head coach Jess Thorup's eye as preparations for the spring half of the Danish Superliga season continue.

A strong wind meant that conditions weren't totally ideal but Thorup believes he got what he needed from the encounter.

"We have only trained since Sunday, and some only started on Monday, so there is still a lot to work to do," said the boss.

"The players have a day off on Friday before we train again on Saturday and Sunday, where I expect Peter Ankersen, Kevin Diks, Pep Biel and Hákon Haraldsson to train again."

The 'white team' wearing FCK's home shirts won the game 1-0 thanks to Lukas Lerager's 14th-minute tap in, after Jonas Wind had headed a corner onto the crossbar.