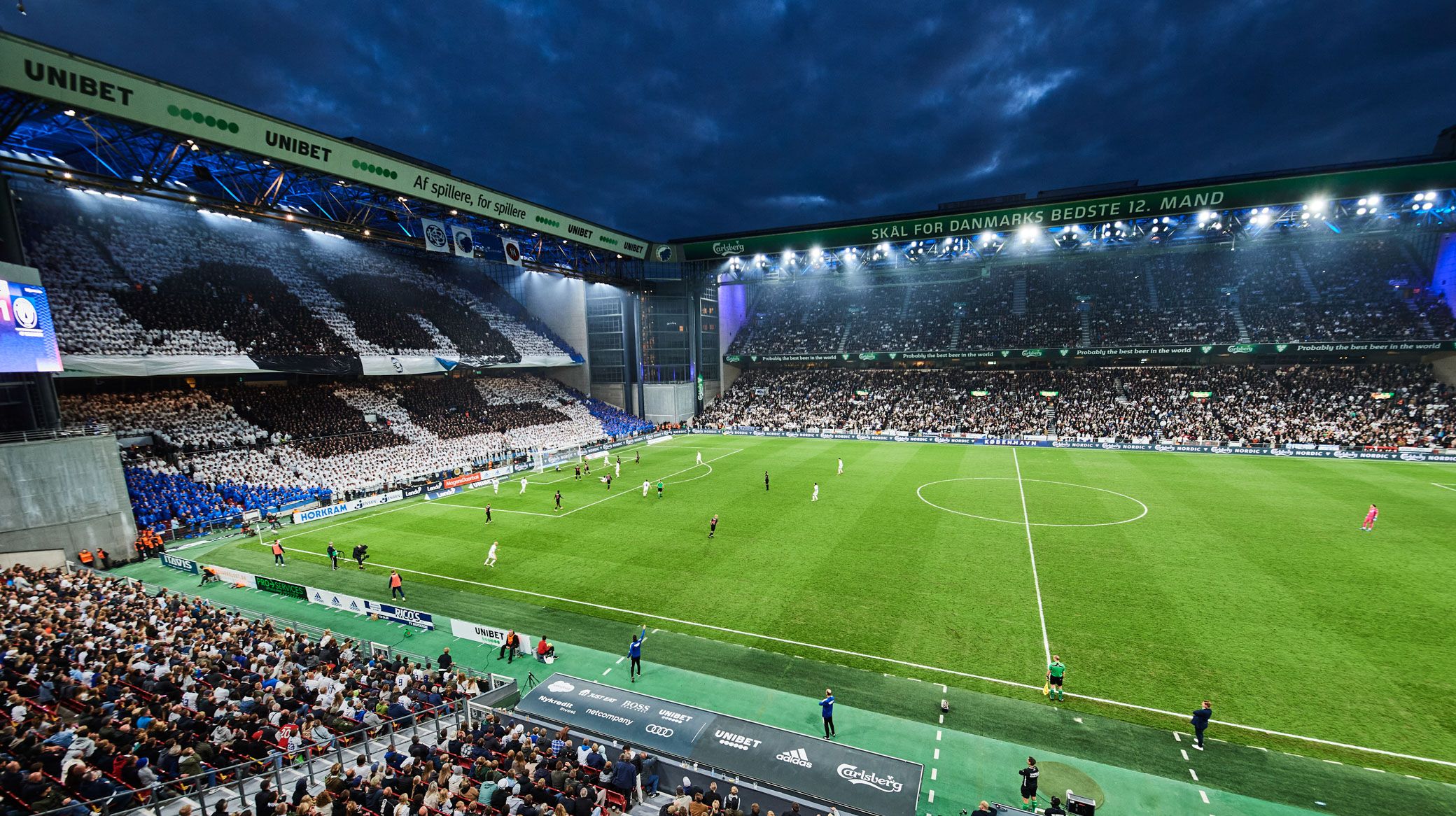 F.C. Copenhagen fans are attending Superliga matches in Parken at their highest rate since 2006.

The 2021/22 Superliga season is halfway through the regular campaign and FCK sit second in the table, three points off leaders FC Midtjylland.

This summer the club has witnessed a huge commitment from the fans to returning to Parken following the coronavirus pandemic that closed the stadium for much of the previous campaign.

FCK have sold out against both Brøndby and Midtjylland and the club's average home attendance so far is 20,617.

To put that into context, the stadium average hasn't been that high since 21,837 during the autumn of 2006.

Positive trends
"There are many factors that come into play, but we are very pleased that the positive trends are clear, both at F.C. Copenhagen and generally in Danish football," says commercial director Jacob Lauesen.

"We also see this, for example, in our sharp increase in season tickets and subscribers before this season, and that the Lower Section 12 stand has so far been completely full for all matches. For the FC Midtjylland match, it is also worth noting that roughly 25% of spectators were first-time buyers, so we can see that both our loyal fans and new supporters are flocking to Parken.

Goal of 20,000 minimum
"We are also already witnessing a great interest in the last two home games of the autumn against Vejle and AGF, so I hope and believe that we can maintain an average of over 20,000 spectators throughout the autumn.

"We are also optimistic about reaching the goal of at least 20,000 across the season, because hopefully some big and decisive matches await in this spring's playoff round, which in turn will draw a lot of spectators to Parken."

The division association's director, Claus Thomsen, has also been in the media and welcomed the fact that the 3F Superliga as a whole is making great progress in terms of attendances.

Across the league the average is 8,159 spectators from 11 match rounds, which it is the highest since the 2009/10 season.

The 20/21 season has been omitted due to the Covid-19 restrictions.

Rising and falling spectator numbers can be explained via a number of circumstances, and one of the important ones is whether we have had a home derby among the first six home games. We have had this in the seven seasons where the average is marked in bold.

The sold-out FCM match
The 34,378 spectators at the sold-out match against FC Midtjylland also sent the season average up and signalled in itself that spectator interest is steadily increasing for these matches.

The significance of the opponents
In general, one can not unequivocally say that the opponents are crucial to the spectator figures. Let us illustrate this with an example:

In the autumn of 2006, our first six home games were against OB, AaB, FC Nordsjælland, FC Midtjylland, Brøndby and Viborg, and the first five teams have generally always attracted more spectators than others. However, the Viborg match drew more than the matches against OB and FC Midtjylland, but we ended up with a high average of 19,938 spectators.

In the autumn of 2012 we met FC Midtjylland, AaB, AGF, Brøndby, FC Nordsjælland and Silkeborg, but even though we won most matches with our "young guns" like Andreas Cornelius and Nicolai Jørgensen, the spectator average was only 12,776 in the first six matches.

The significance of the days of the week
It seems that the day of the week has at least as much significance for the number of spectators as anything else. On Sundays, the average is 17,703, while for Saturdays it is 13,360 and weekdays 13,691. (Here we're still only only looking at the first six home games since the 06/07 season).

That's part of the explanation for the low numbers in 16/17 and 17/18, where we respectively played six and four Saturday matches. But again… in the 07/08 season, four out of six were played on a Saturday, and we still recorded a decent average of 17,667.

Upcoming home games
FCK have just two more home games in the 3F Superliga before the winter break, but there are also two home games in the UEFA Europa Conference League group stage - and tickets for all four games are already on sale at billet.fck.dk: