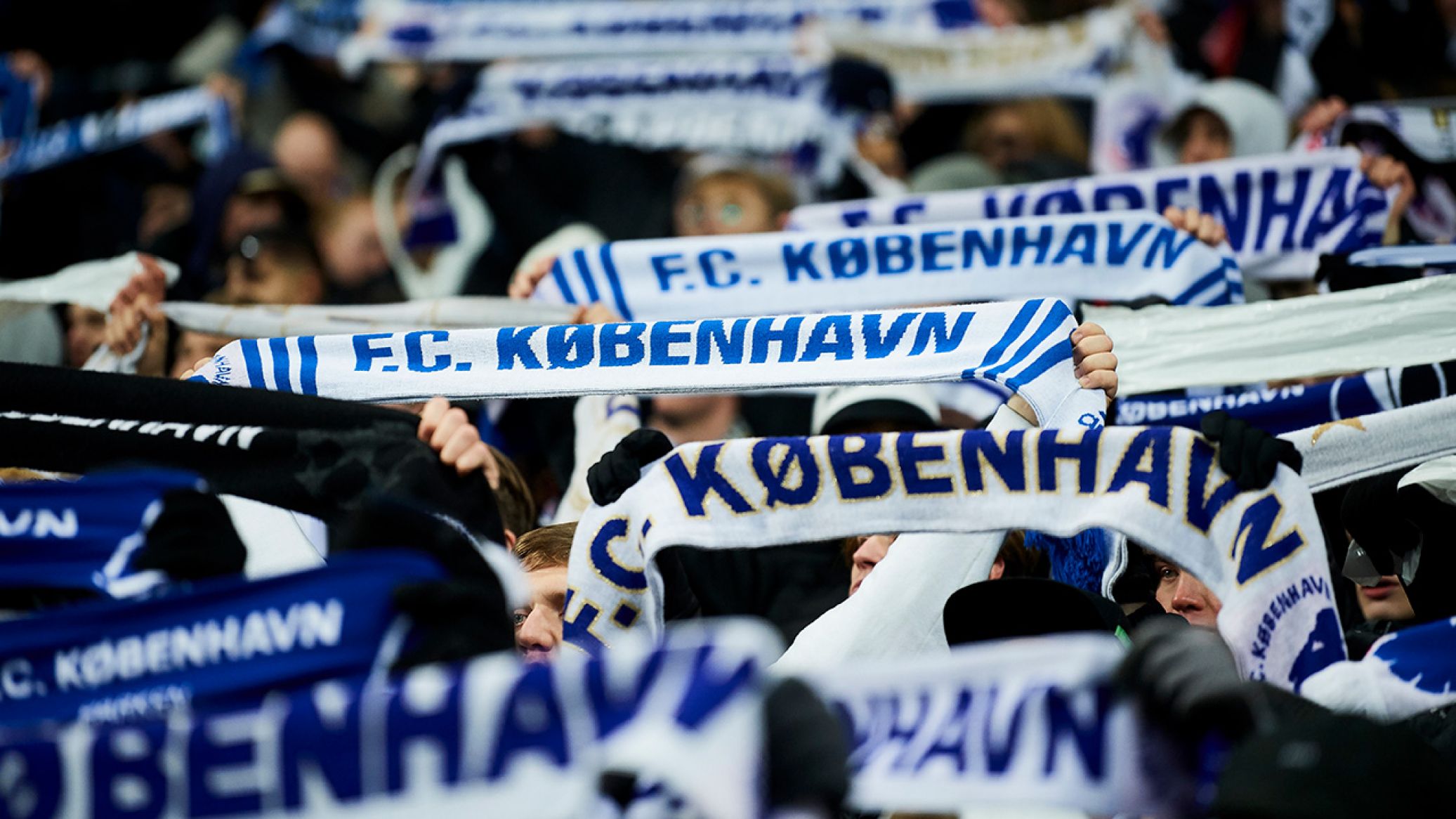 F.C. Copenhagen would like to remind fans who want to watch FCK vs AGF live in Telia Parken on Sunday to complete their ticket applications.

Season ticket holders and subscribers who have already requested a ticket for the match have until Wednesday, 15 July at 12noon to confirm your attendance.

You will have received an email on Monday, 13 July with all details regarding your ticket. Please reply to the link in the email.

If you confirm your attendance before the deadline then you are guaranteed access to Sunday's 8pm kick off. After the deadline we cannot guarantee you a seat, as the capacity for seats is again limited.

Fans watch Danish football
Last Sunday F.C. Copenhagen opened up the doors of Telia Parken stadium for up to 9,500 people to watch the derby against Brøndby.

FCK have been granted permission for up to 11,000 people to attend games for the remainder of the season.

All fans, employees, security staff and members of the media are requested to adhere to strict safety procedures in order to help stop the spread of coronavirus and ensure professional sport in Denmark can be played in front of spectators.

F.C. Copenhagen ticket procedure
The procedure for AGF tickets is the same as that in place for the Brøndby game.

The authorities have confirmed that we will use every other seat to comply with the requirement of at least one metre distance.

The authorities do allow 'people from the same household and similar close contacts can sit closer together', but we have opted out of this option.

The reason is that in practice we cannot control who sits next to each other, and we do not want to deal with the uncertainty with such a large and unfamiliar setup, where there is a lot of focus on compliance with the rules.

By requiring at least one seat between everyone, security guards and stewards can quickly assess situations and make sure that the distance requirement is met.

No one is allowed to sit next to each other
The authorities have approved that we use every other seat to comply with the requirement of at least 1 meter distance.

The authorities also allow "people from the same household and similar close contacts may well sit closer together", but we have completely opted out.

The reason is that in practice we cannot control who sits next to each other, and we do not want to deal with the uncertainty with such a large and unfamiliar setup, where there is a lot of focus on compliance with the rules.

By requiring at least one seat between all, guards etc. quickly form an overview and make sure that the distance requirement is met.

You can 'sit together'
We know that a great deal of the joy of going to football is that you can watch along with those you know. When you get your ticket, you can choose to secure seats next to each other so that you can 'sit' together - but only with at least one seat distance (or you can sit on the rows in front / behind each other).

For example, if there are four of you who would like to 'sit together', then one of you may apply for all four tickets at once. Of course, this requires that the other three have also applied for and received a ticket - and that the people who withdraw their tickets have the other person's e-mail, to be entered on billet.fck.dk. Please also note that that person must then pay for the tickets.

(Note that more than four tickets can be withdrawn at a time if the others have also been allocated space. The four are just an example.)

We cannot guarantee that we will meet everyone's wishes and needs, but we hope for an understanding of the special circumstances.

Distribution in stands
All normal divisions of the stadium, such as Section 12, the Lower C and the Family Stand, are not in effect here. This means that all fans are mixed between the total 22 'blocks' in which Telia Park is divided.

Around 6,000 spectators will be seated in the lower tiers, and around 3,500 in the upper tiers. There will be special rules for when to arrive as well as leave your section.

All spectators will receive an email with detailed instructions on how to get to and from the stadium properly, about opening hours as well as what rules to follow inside the stadium. They will also appear in a separate 'Spectator Info' article here at fck.dk.

Picking up your of ticket
Everyone who has been allocated a ticket must access it from billet.fck.dk no later than Sunday at 12noon, after which the system closes for ticket printing.

As mentioned earlier, there is no way to buy tickets on match day, nor can you come in simply by showing your season pass. You must have a ticket accessed from billet.fck.dk. You can store your ticket digitally in the VoresKBH app, so you do not have to physically print it. All tickets are personal and cannot be redistributed. All seats are numbered and further divided into sections of 500.

Ticket fees
As previously announced, you will not pay for your ticket if you opted not to receive your ticket reimbursement at the start of the coronavirus crisis, or if you donated the money to the fan area. If you have chosen a full refund for your season ticket or put your subscription on hold, you will have to pay DKK 150 for a ticket on the wings of the ground, and DKK 100 for a ticket behind one of the goals.