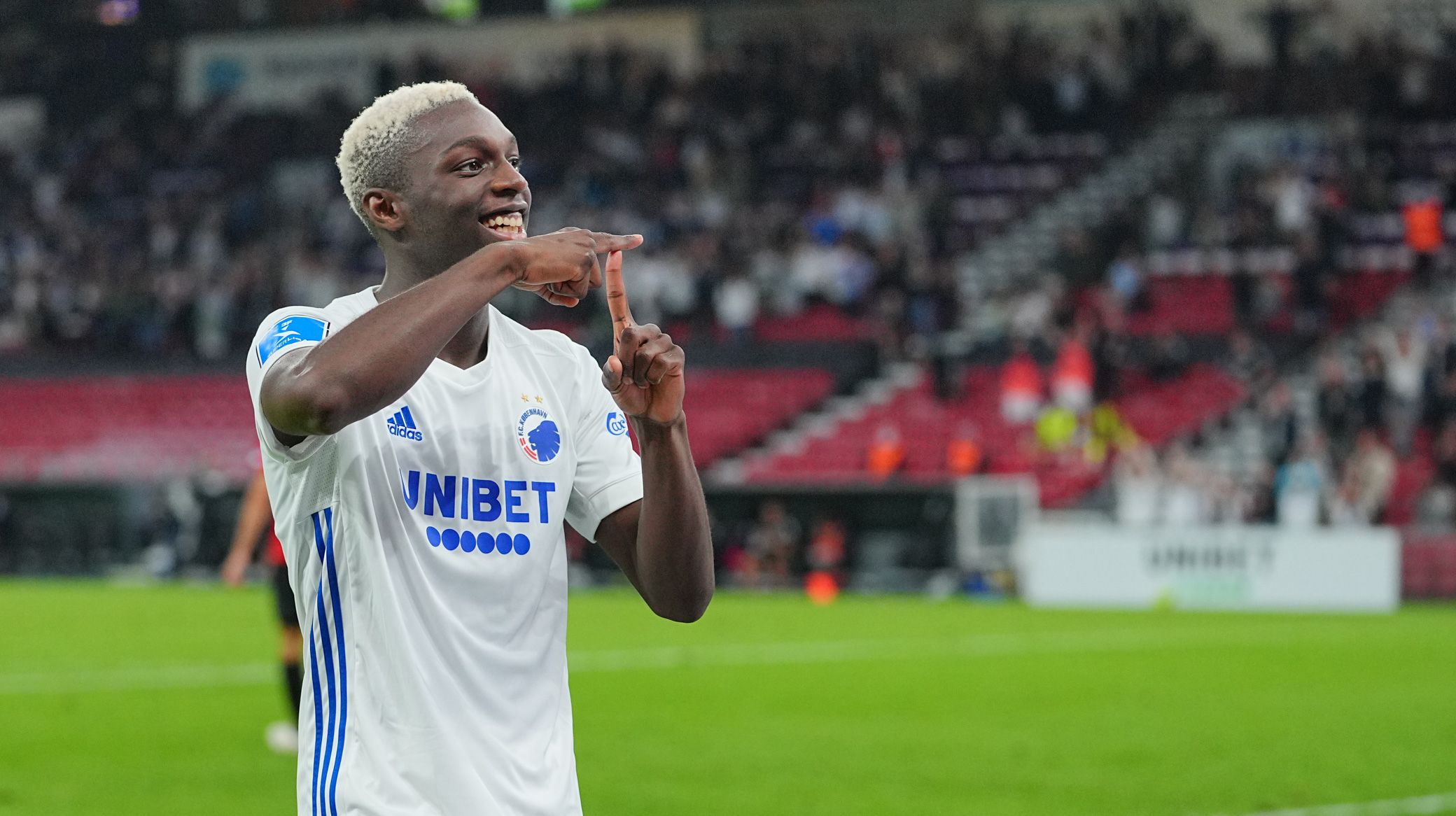 Daramy: Proud to be selected for Denmark

F.C. Copenhagen forward Mohamed Daramy earned his first call-up to the Denmark squad on Tuesday ahead of September's international break.

Daramy, 19, only recently earned his Danish citizenship and has represented Denmark at youth level. The Copenhagener will be available to feature in World Cup qualifiers against Scotland, the Faroe Islands and Israel.

And he admits the milestone is a big one, coming as it does after his flying start to the season.

"I'm really proud to have been selected for the national team. It's something you'll never forget, and it's going to be really exciting to show up at the camp next week," Daramy said.

"We'll have to see if I do well enough to get game time."

Daramy was born in Denmark but only gained Danish citizenship in January 2020. He played for Denmark's U19 team against Germany in September that year, where he scored the winning goal.

"I would like to thank everyone at the club for helping me get here," he said. "It is only one year ago that I played my first youth international for Denmark, so it is crazy to have come this far already.

"To go from an U19 international last year, to playing for the U21 national team and now all the way to the full squad, is really big for me. I can't wait to get started.

"But first of all we have an incredibly important match with the club on Thursday."