Vavro: 'I want to win the title again'

Denis Vavro says he didn't have to think twice about rejoining F.C. Copenhagen when he got the call earlier this month.

FCK have signed Vavro on a loan deal until the end of the season, with an option to make the move permanent.

The former Lions defender was back in the Danish capital this week to complete his loan move and meet his team-mates, some of whom he remembers from his first stint at the club.

And Vavro says he's delighted to be back.

"I'm so happy. Copenhagen is my home and when my agent told me that the club wanted me, I said 'OK, let's go back home'", Vavro tells FCKTV.

"I like the fans and they like me, so that's a big motivation for me! I want to win the title again."

Asked who he had been in contact with at the club since his return, Vavro said: "I spoke with Peter (Ankersen) about coming back to Copenhagen, as well as Boile (Nicolai Boilesen), who has just messaged me.

"Also (Carlos) Zeca and some of the kit men – they're happy about me coming back." 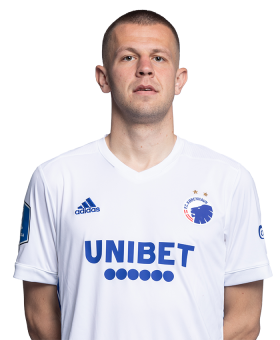