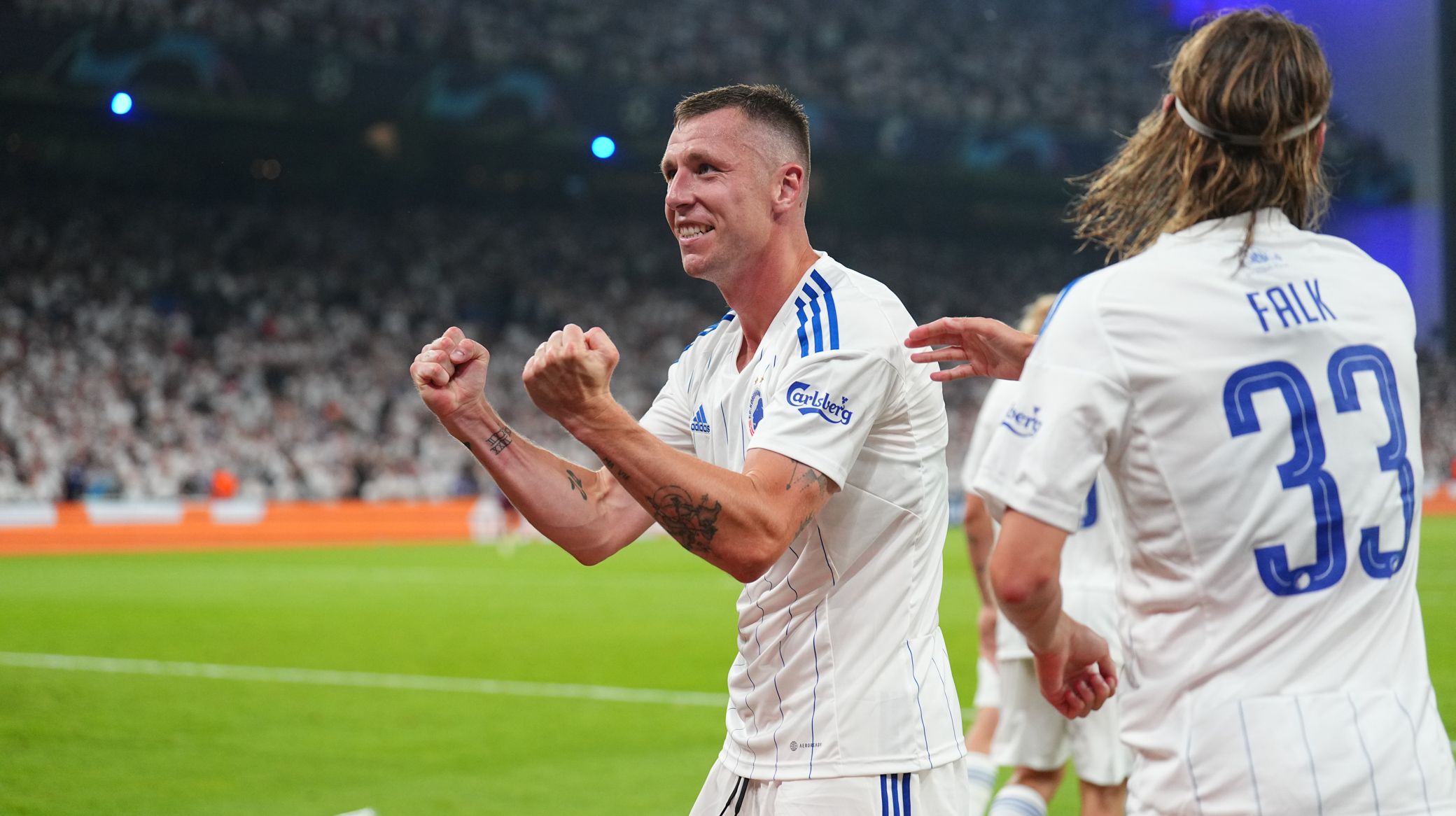 Thorup all praise after 2-1 playoff win

F.C. Copenhagen head coach Jess Thorup said each player "stepped up" to the task on Tuesday as the Lions beat Trabzonspor 2-1 in the first leg of the UEFA Champions League playoff.

Goals from Viktor Claesson and Lukas Lerager means FCK take an advantage back to Turkey for the second leg next week.

"We put in an excellent effort tonight against a really strong team, so 2-1 is a great result," said Thorup after Tuesday's encounter in front of a raucous Parken crowd.

"It is of course a pity that they scored via a deflected shot that wouldn't have gone in, but we are alive (in the tie) and, even though it will be difficult, I have great faith that we can deliver a good result down there.

"Today everyone really stepped up, both individually and as a team, and the experienced players took on a huge part of the responsibility, as we expected.

"We are playing very solidly and are meeting the high, international level required against a strong opponent that has done well over a long period of time, so I think the win is fully deserved."

FCK led 1-0 into half time thanks to Claesson's ninth-minute opener. Lerager then popped up to double the lead – and while Anastasios Bakasetas hit back with 11 minutes left, the Lions ensured the advantage heading into the second leg.

Discussing the flow of the game, Thorup added: "We completely shut them down before the break, while at the same time we created many chances ourselves. We could well have scored more than Claesson's goal, but the second came after the break instead.

"In the last quarter of an hour, we were probably pressed a little too far back, and it was during that period that they get their goal.

"We were prepared for them to want the ball a lot, but the players followed the game plan perfectly and we also handled their crosses really well, with two very strong centre-backs in Denis Vavro and David Khocholava, as well as Maty Ryan in goal, who had a great debut.

"Ryan was strong and brave in the box, good with his feet, had a couple of good saves and couldn't do anything about the goal. So all in all a top performance and as I said a good starting point for the return leg."

Trabzonspor vs FCK kicks off at 9pm on Wednesday 24 August.