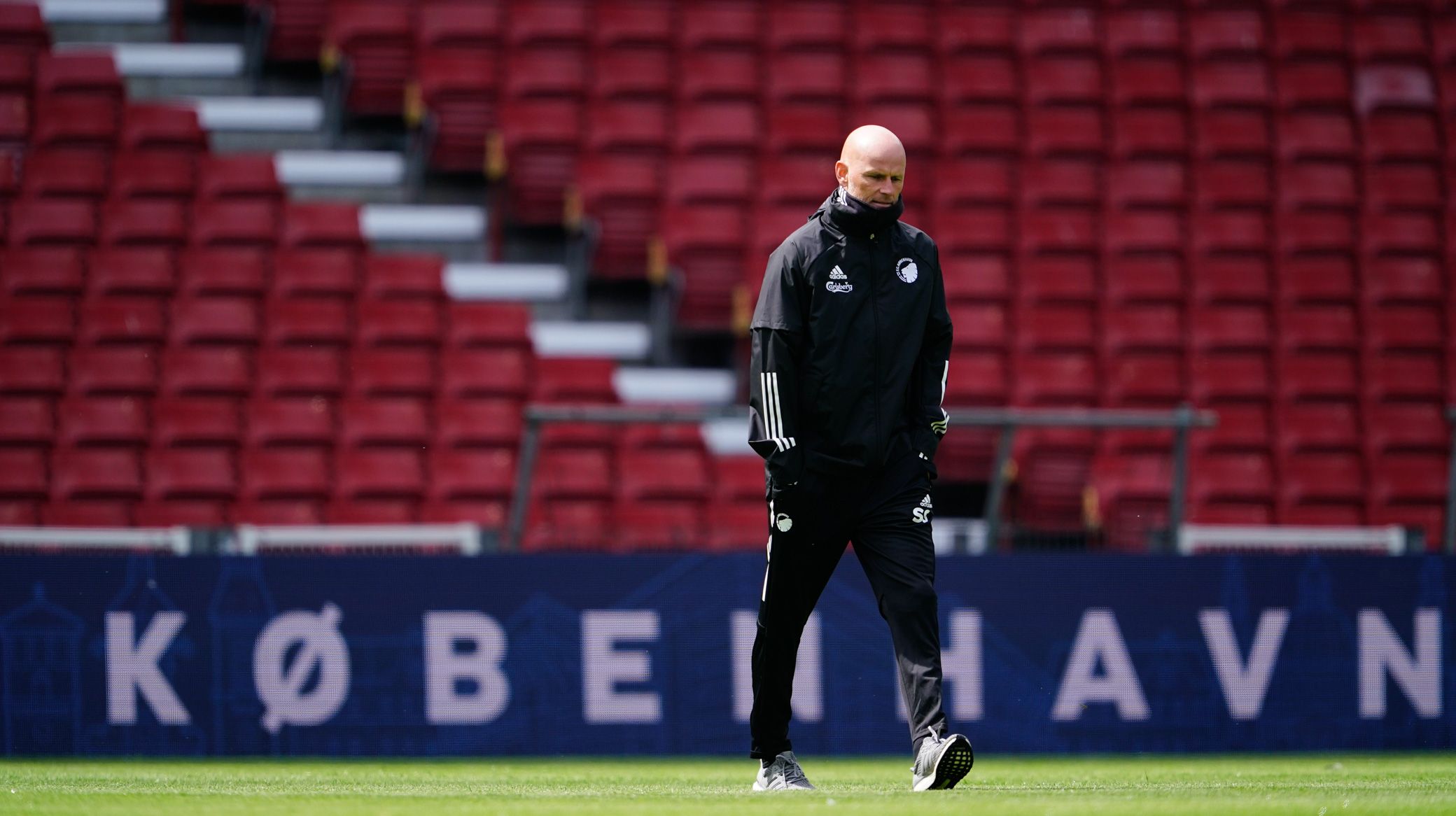 Ståle: We must be able to handle the circumstances

F.C. Copenhagen manager Ståle Solbakken is keen for his players to secure three points in tonight's return to 3F Superliga action against Lyngby.

The FCK squad travel to Lyngby this afternoon for their first competitive match since the coronavirus lockdown was eased.

Danish football has a condensed schedule over the coming two months in order to complete the 2019/20 season.

And Ståle says his men are ready to do battle once again.

“We feel we are ready and we look forward to getting started again," he said. "We have had some good training sessions and it looks reasonable. First and foremost, the players are looking forward to playing for points again.

We looked much better
“There are some unknowns, but that's the same for all teams. In terms of play, we looked much better (in our friendly) against SønderjyskE than against OB, so we have taken some steps in the right direction.

"But it's about being able to tackle all that aspects of the game, as well as the sporting issues on the field. After all, the matches are run in different circumstances to what the players are used to. And this is a challenge, especially mentally, but we have been working on that in preparation, so hopefully we will see the result.

"We also played without spectators against Horsens in the last match before the break."

Injury news
FCK will be without Viktor Fischer and Jonas Wind for the trip to Lyngby, while Nicolai Boilesen and Dame N'Doye are also out.

“The plan was for both Viktor and Jonas to be part of the game, but we have been used to having to do without them for a long time," Ståle added.

"Fischer is ready for the game against Randers next weekend, while Jonas has to wait a month. Robert Mudražija is ready and in the squad, but of course he still lacks form, as he has more or less not been able to train regularly for 18 months.

"But now he has hopefully put the injuries behind him so that we can enjoy him in the future."

You can watch F.C. Copenhagen online directly on Canal 9 and DPlay / Eurosport Player. Kick off is 6pm.