Robert Mudrazija: I want to show my best form

F.C. Copenhagen's Robert Mudrazija scored the leveller late on in their win over IFK Gothenburg in UEFA Europa League qualifying on Thursday night.

It was Croatian's first goal for the club, with injuries having impacted his first season in Denmark.

And Mudrazija spoke to FCKTV after the game to describe the feeling of finally getting on the scoresheet.

"Of course it was a tough period for me. All year I've worked hard," he said.

"All these small things that happened to me, it's now in the past. I just wanted to show my best form."

Check out the full interview here! 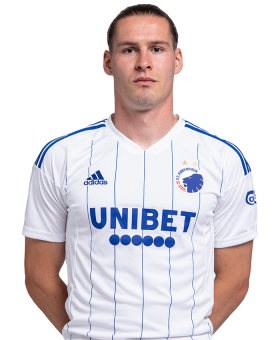