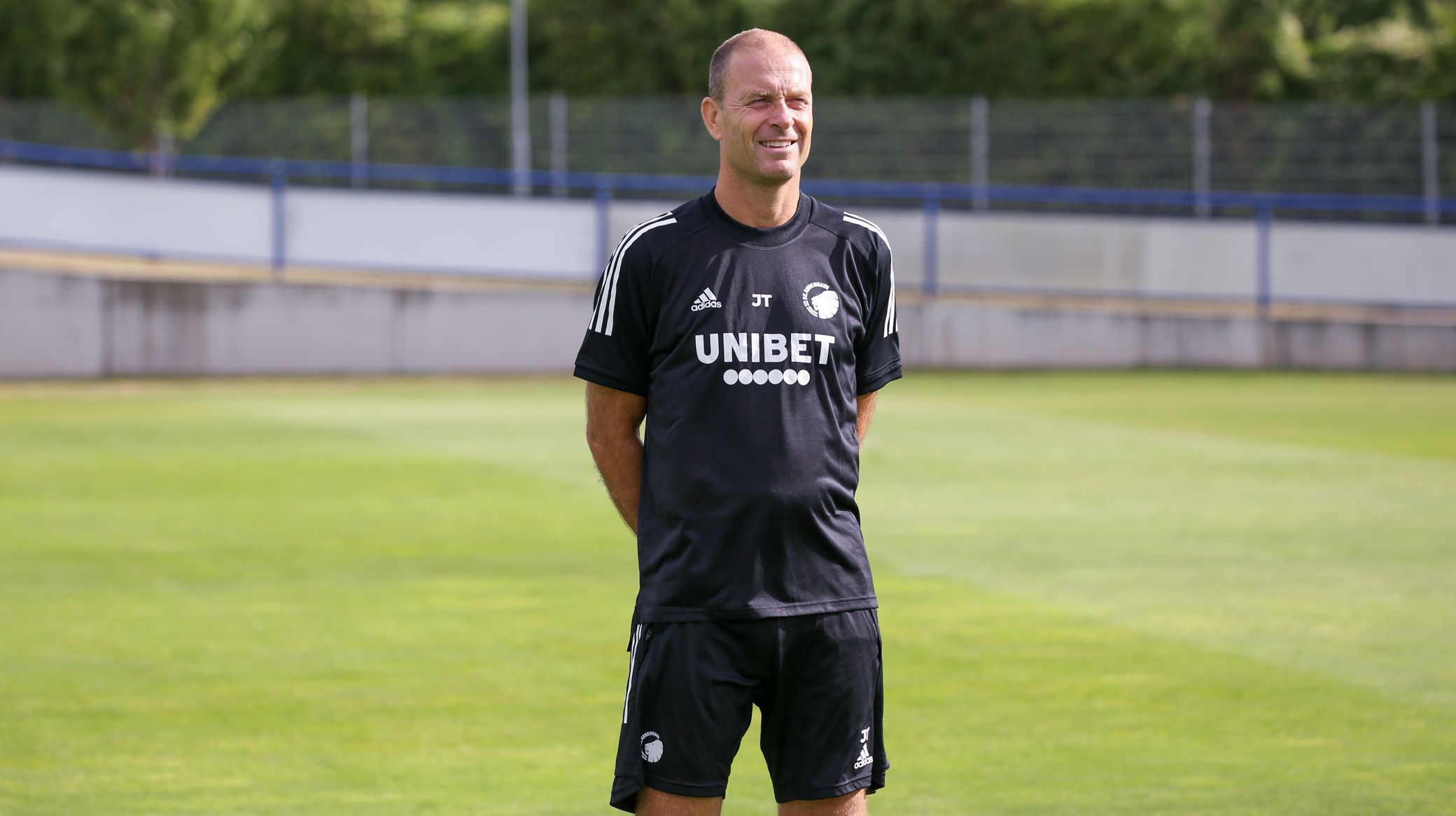 Jess Thorup joined F.C. Copenhagen as head coach on 2 November 2020. He succeeded Hjalte Nørregaard, who had served as interim head coach after Ståle Solbakken departed the club on 10 October.

Thorup was born in Copenhagen on 21 February  1970 and grew up in Østerbro, where he started playing football at B93. Later he moved to Funen and played youth football at OB, where he also made his breakthrough as a senior player with 134 appearances between 1989 and 96.

He continued his career abroad with German side KFC Uerdingen 05 and FC Tirol in Austria, before returning home to Denmark and playing for Esbjerg between 1998 and 2005. He enjoy enjoyed a brief spell at at Norwegian side HamKam in 2005, before returning to Esbjerg in 2006 and starting his coaching career as an assistant to Troels Bech.

During a transition period between Bech and Ove Pedersen, Thorup worked as head coach, and in 2011 he was appointed to the job and helped win the Danish Cup in 2012/13.

In 2013 he took over responsibility for the Danish U20 national team, and in 2015 he took over the U21s, which he led them to the semi-finals of the 2015 U21 European Championships.

Thorup then went on to be appointed head coach of FC Midtjylland, who under his leadership qualified for and advanced from the Europa League group stage in 2015/16. He also led the club to the Danish championship in 2017/18.

In the summer of 2018 he switched to Belgian side KAA Gent, who in 2018/19 reached the Belgian Cup final and a season later went undefeated through the Europa League group stage before narrowly losing to AS Roma in the last-32 finals. The club also finished second in the Belgian top flight that season.

In August 2020, however, he was dismissed by Ghent and took over for a brief period as head coach at KRC Genk. But, when given the opportunity, he chose to leave Belgium to instead come to F.C. Copenhagen.